We have been lucky enough to have the opportunity to review a Nerf Modulus Regulator Nerf gun toy on the site; my boy has always been a fan of Nerf guns. He just loves running about like a nutter in the garden with one, so what did we think of this one?

What is this Nerf gun all about?

The Nerf Modulus Regulator retails at £39.99, and it’s a beast of a Nerf gun! It is so large that my daughter actually found it rather hard to handle…. 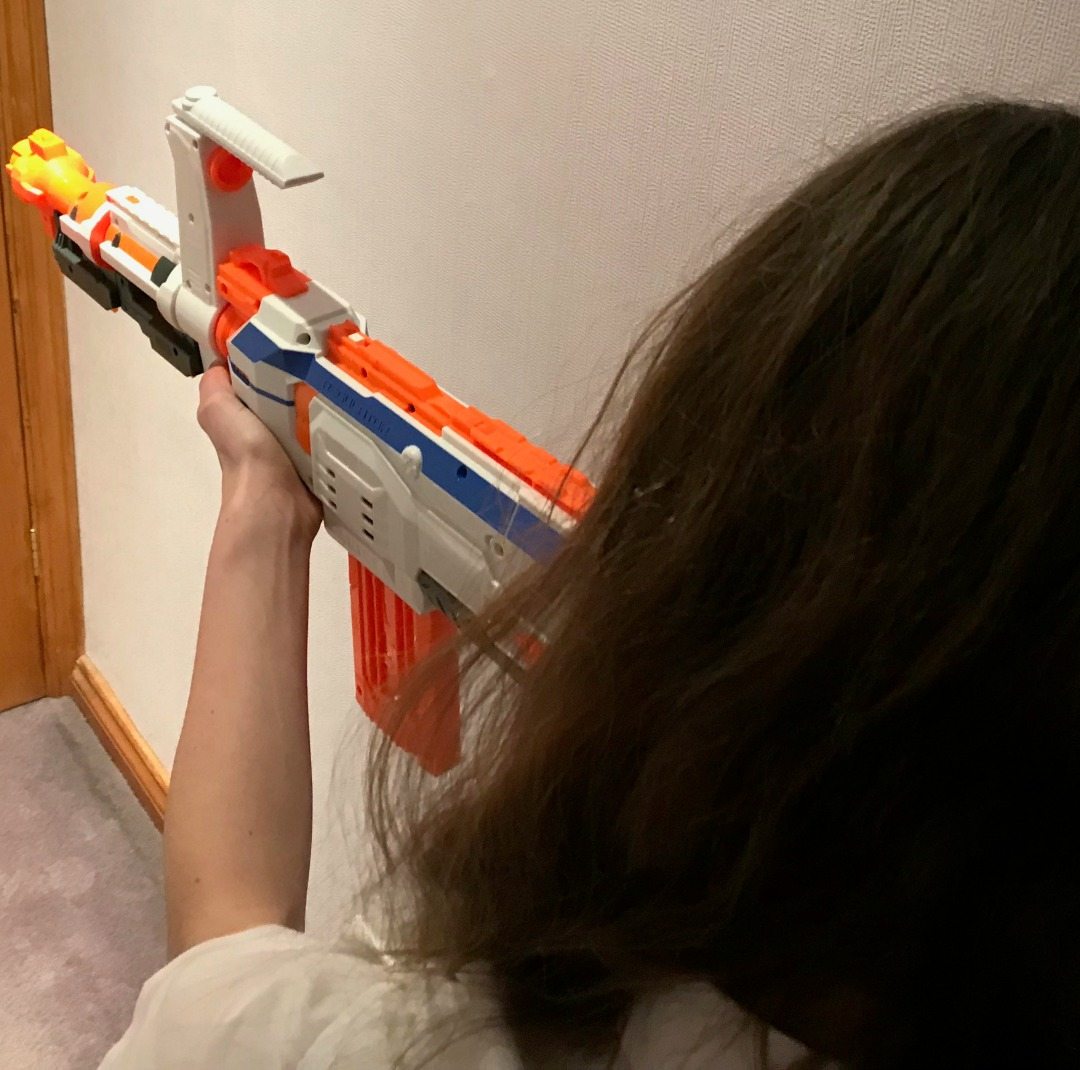 The toy is a motorised Nerf gun with three settings, allowing you to choose to fire single darts, a short burst, or even a long one. The “Modulus” is a modular toy, not surprisingly, and you are able to build it big…

Or even a wee bit smaller.

You can move the different sections around too. They can either be attached to extend the toy, or they can be moved to act as a scope to help take better, more accurate longer range shots! 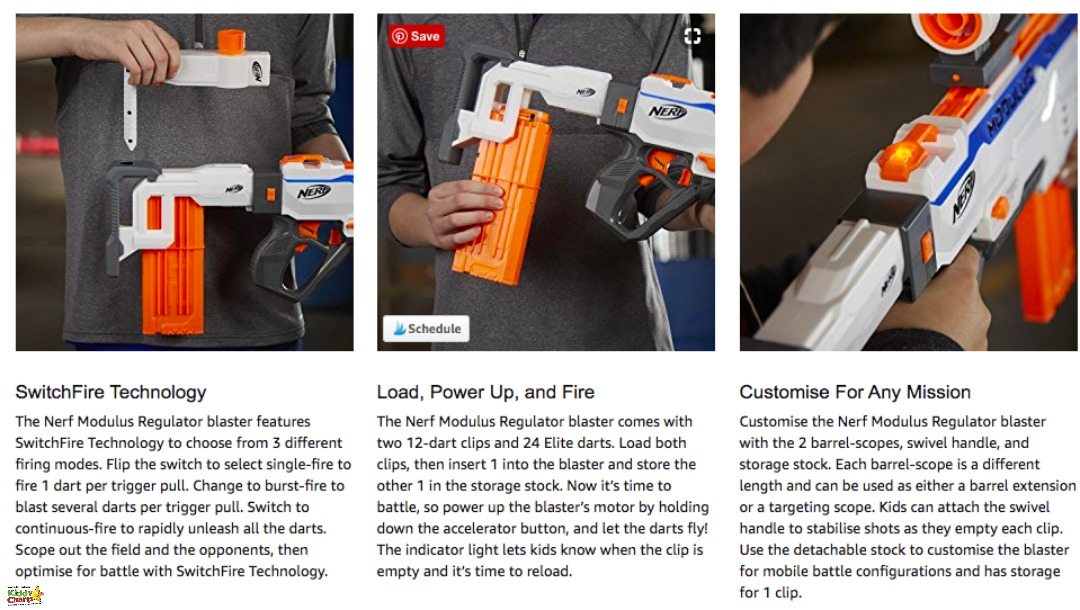 There are two clips of darts that come with the toy, making a total of 24 smaller darts, and you can even buy accessories for it to develop the Nerf even more. For example, there are upgrade kits for stealth and long-range shooting.

What did we think of the Nerf Modulus Regulator?

This is a great looking toy for the kids, and pretty robust. You do need four C batteries, so it is worth making sure that you have these already if you are buying this as a present for someone.

The instructions for putting together are relatively limited, but it is quite simple to build. You do need to take note of the various locations for the buttons to release the dart clips, and make sure you have the barrels aligned properly, or you will struggle to get it built. It is also important to put the darts in the clips the right way around. You do have a helpful light on the top of the Nerf gun so you know when it is empty though. 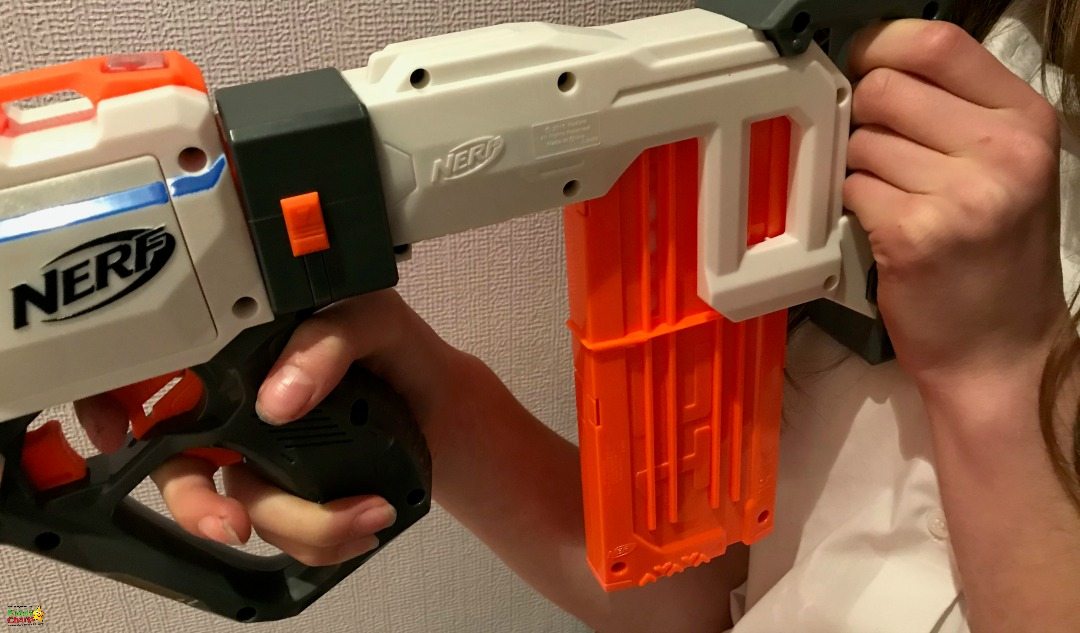 The motor is quite loud, but for outdoor play, you are unlikely to notice it as you are running about; but you won’t be able to creep up on your enemy with it firing, so stealth then shoot! 😉

The three modes of shooting are great, and something the kids are likely to have a lot of fun with – my daughter even enjoyed shooting the door… 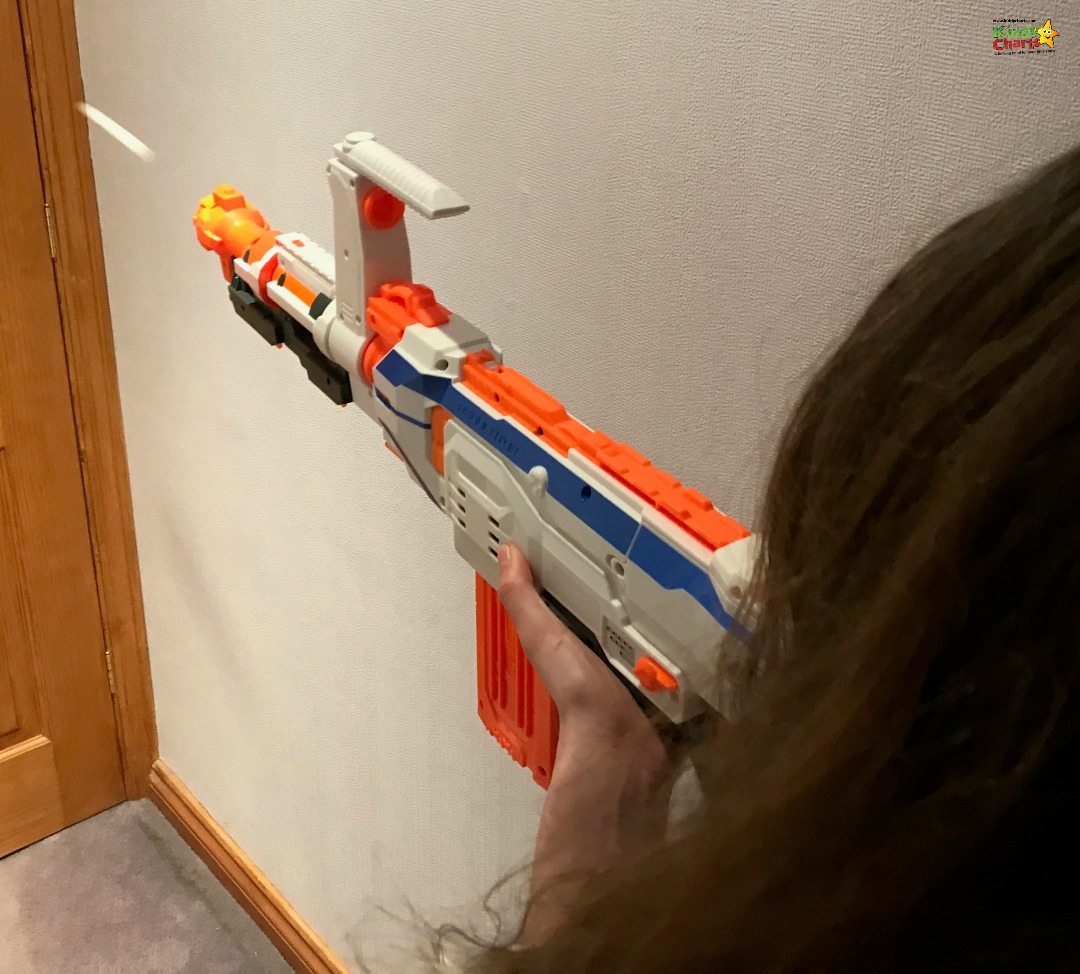 Do be careful that you have the three settings in the correct place; as when we were firing, the darts didn’t release a couple of times, and I suspect that this could be why. Somehow a dart got damaged too – so it is important to make sure that when you use the motor, and the darts don’t fire – don’t keep pressing like we did – check what is happening! 😃

My daughter had fun testing this out for her brother; and was happy to use it, finding it quite large, but simple to use. The clips, with 12 darts each, are rather cool, after all. It is definitely for the older child, both due to the bulk, and the power of the darts. The manufacturers recommend age 8+ for this toy, and this seems about right to us.

This is a great Nerf gun for playing with for any child that wants a bit of battle practise. The three modes add an extra dimension to the usual Nerf blasting fun! The ability to upgrade the toy will help to keep it fresher with your children too.

My only word of warning would be to be careful that you load the darts properly, but this well be us being a little Nerf toy green. 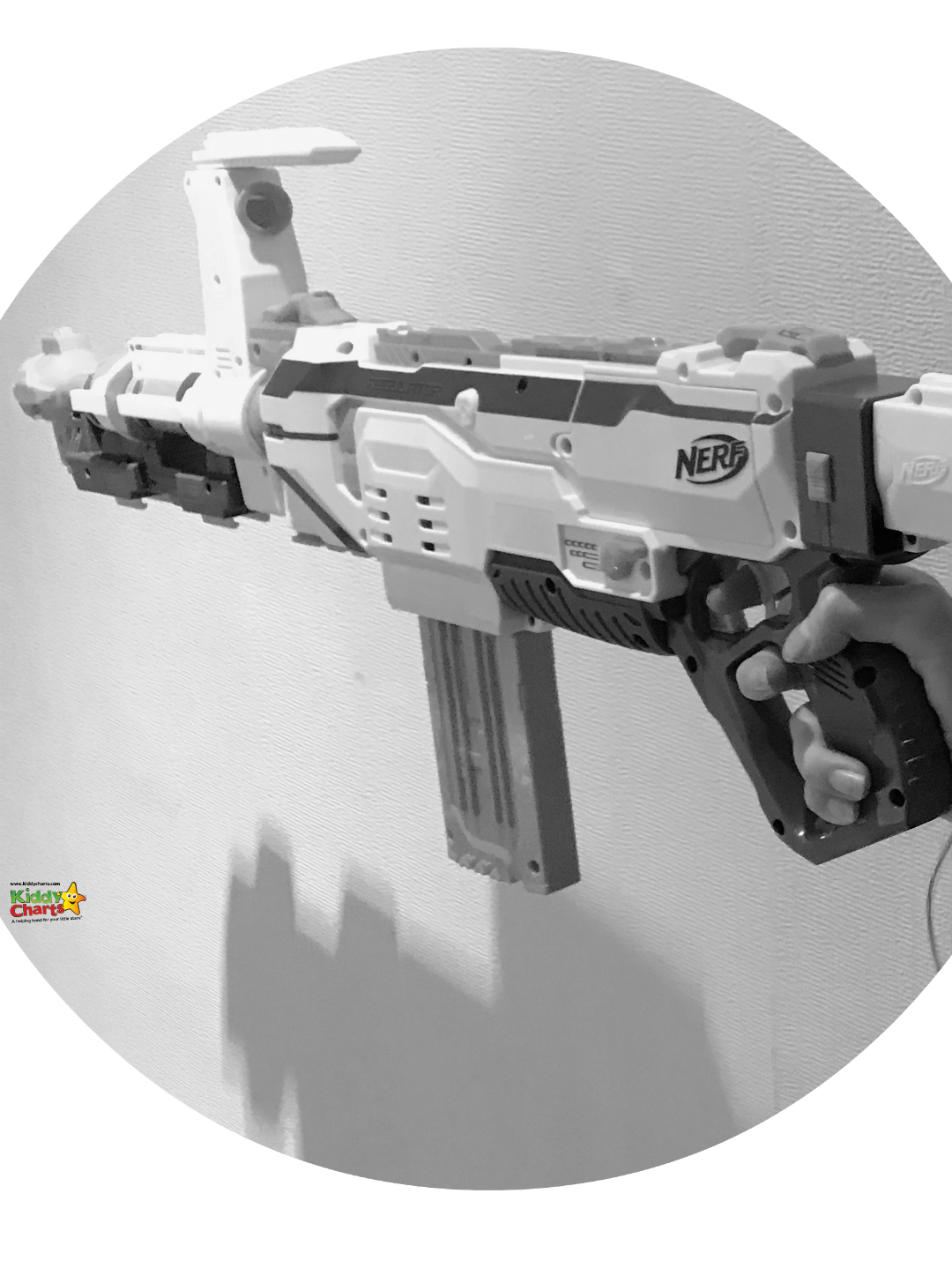 This is definitely for the serious Nerf fans out there, but should keen you kids entertained for long enough, particularly if you already have a few other Nerf toys around to help create a mission to remember!

Note: we were sent a Nerf gun for the purposes of this review, and this post contain affiliate links.