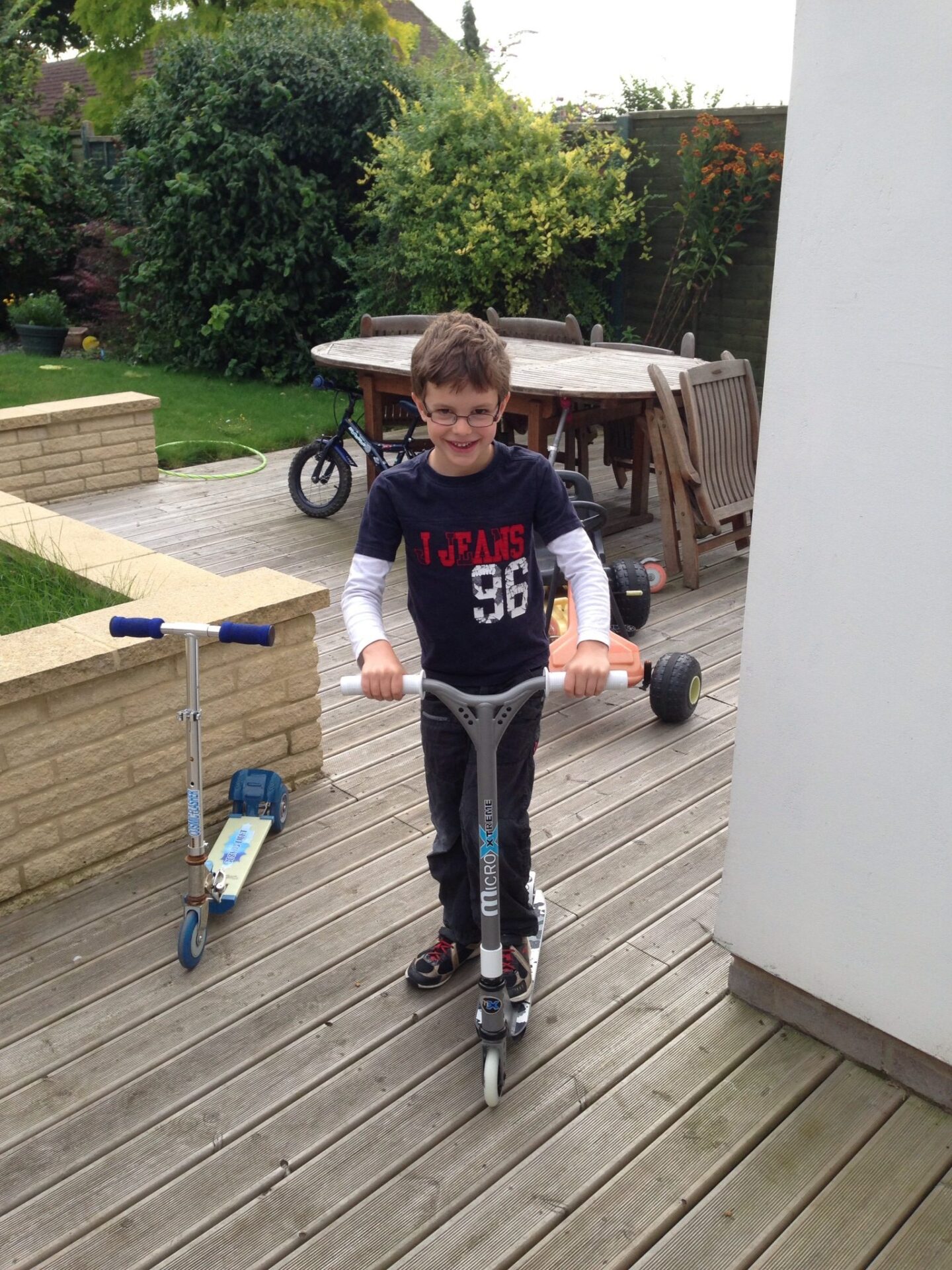 We can be very lucky sometimes *jammy*

We were very, very lucky to get a review for a Micro Scooter from www.micro-scooters.co.uk, and for Stuntboy…., As you can tell, he is rather into anything and everything that is related to sport…which means that I had to make sure that we kept this quiet until it arrived, and even then, hid it until there was time for us to test it out properly…so…here goes *hold breath*

This MX Trixx scooter is made for kids aged 5 – 14 and perfect for those that want to do basic stunts…nothing too spectacular, but enough to get the wheels off the ground, and your mum watching with their heart in their mouth. Its the perfect size for little hands, and most importantly, doesn’t look too daunting to put together. This is what you get: 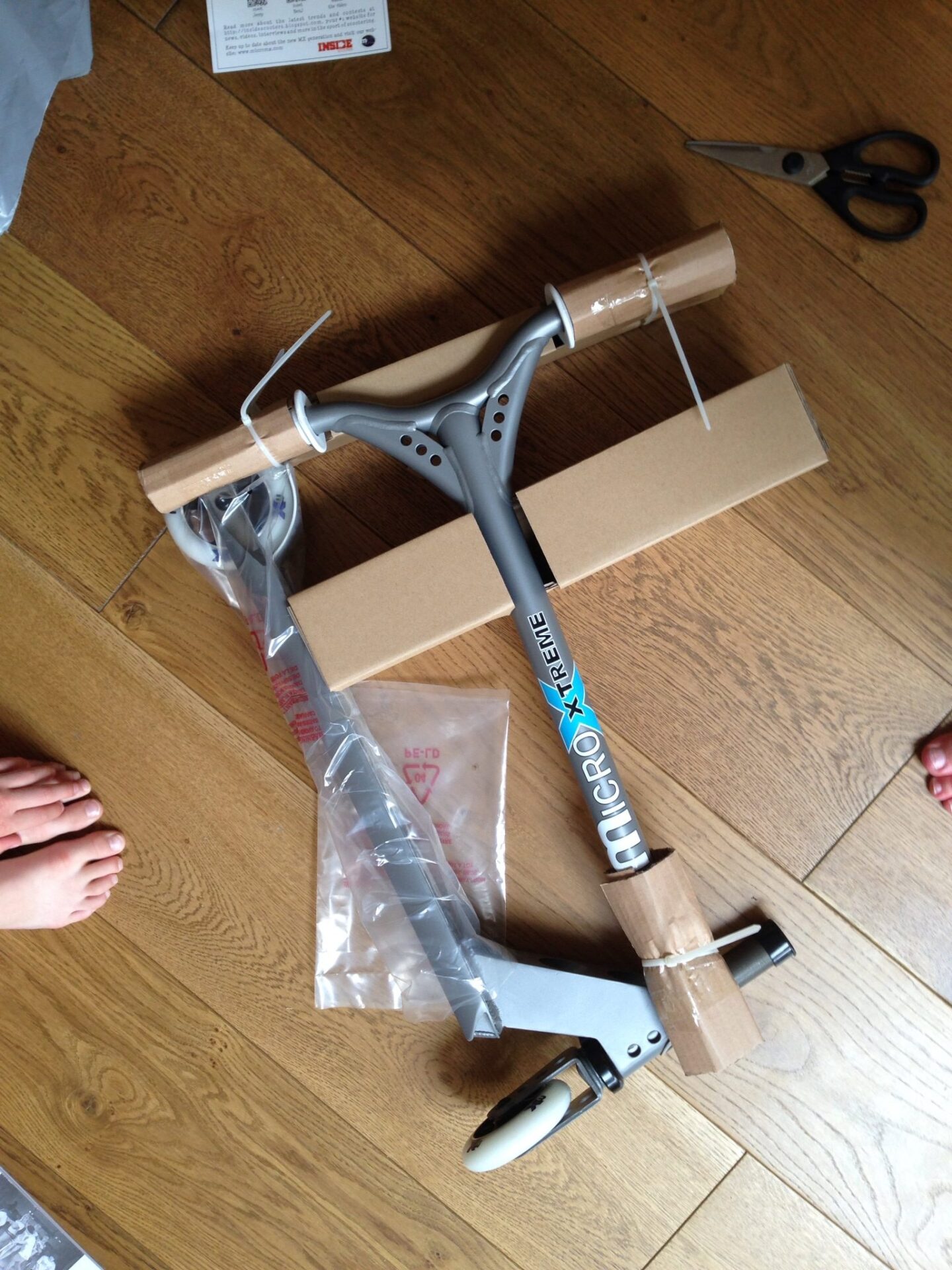 Not the scissors of course, though they are essential to get into the box…

After having looked at this for a bit… 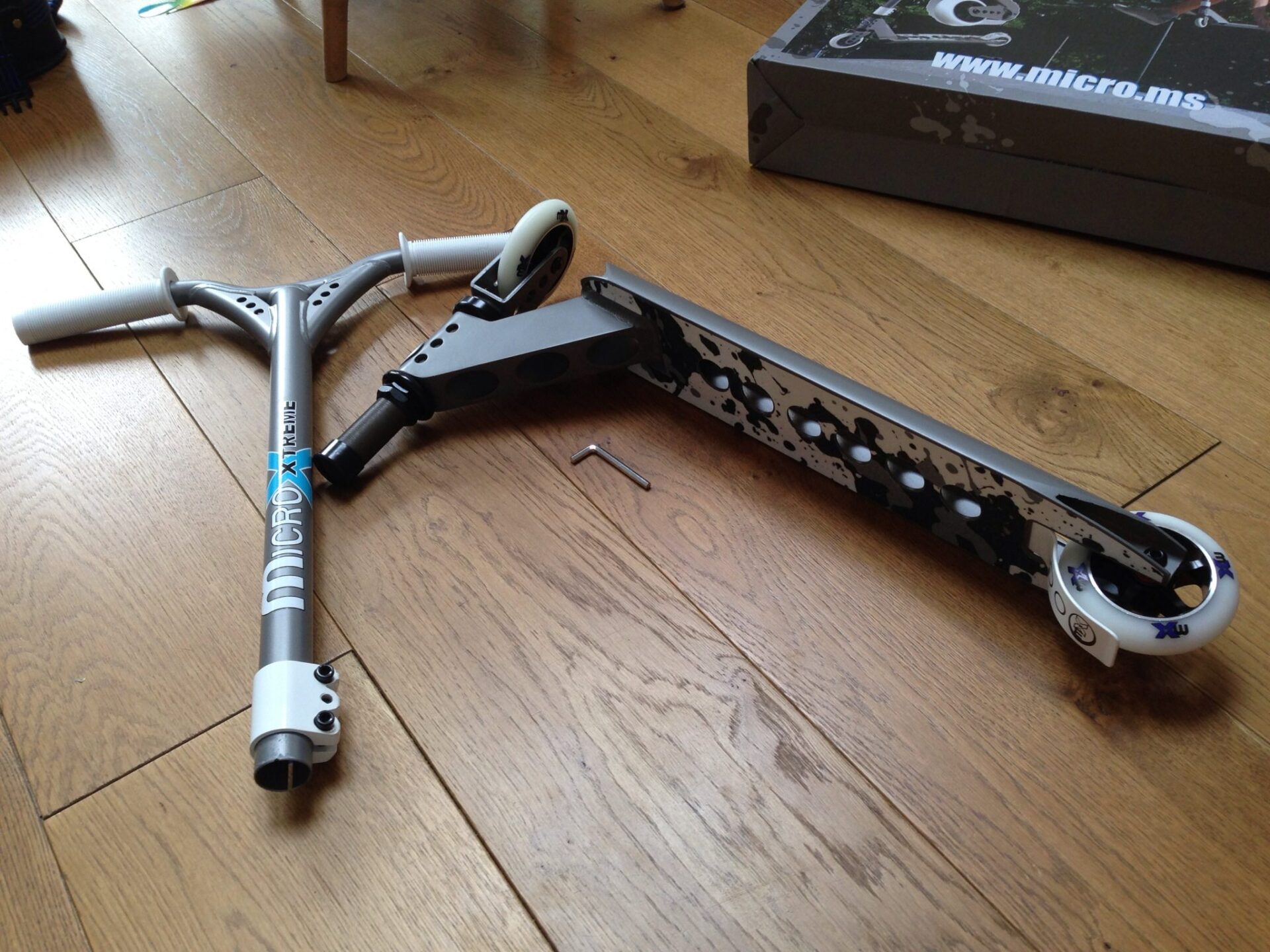 …I realised fairly soon that even I might be able to put it together. There were, however, relatively limited instructions, and unfortunately, the scooter didn’t come with a big burly man to help tighten the screws.

Unfortunately, I needed one as I was being a real girl about the whole thing. We did mange to get it together, but I recommend that a) you make sure there is someone on hand, man, woman, or giant, to help out with the tightening, or b) you take it to a local nice cycle ship man to help you out. We went out with it after I had put it together and my son ended up with the handlebars the wrong way round. I don’t think that this was due to rigorous scooting, more wimpish screwing *oops*

What did the kids think (Stuntboy)?

He loves it. Simple. The only thing he is worried about is using it in town, and damaging the wheels because he can’t do stunts properly, and that it doesn’t go so well on grass. However, it wasn’t make to go well on grass, was it?

He told me that he likes is because it has:

After putting it together, we took it for a spin in the Skate Park up the road. We weren’t quite sure at first, and had to be certain we were lining up our scooter right… 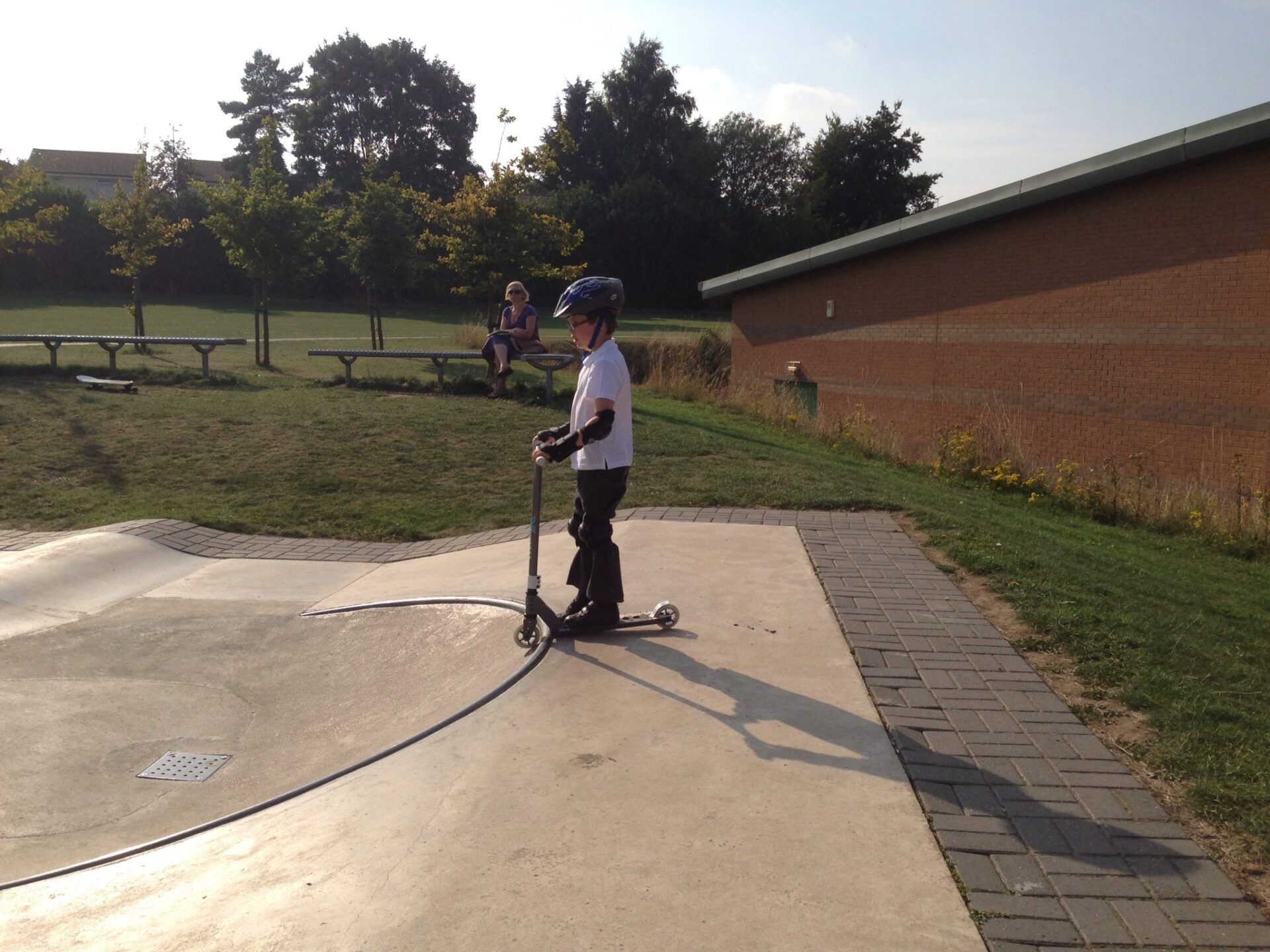 In the end though, we were happy to work on our flicks and tricks in a relatively calm and measured way…

These retail at £119.99, but are on sale now (October 2013) at £69.99. At the top end price, this is an expensive piece of kit. However, it does exactly what it says, and most importantly, it appears to be durable, fun, and designed well for the task in hand.

The instructions were lacking, and I had to phone the helpline in the end to make sure I was building it right. However, I am willing to accept that this was more me than them! I would recommend this scooter to friends, and already have done so, definitely worth a look for Christmas and beyond. In particularly, this is a great scooter for little boys and girls who are really serious about learning how to stunt scoot properly. Because its so light, little people can control is well. 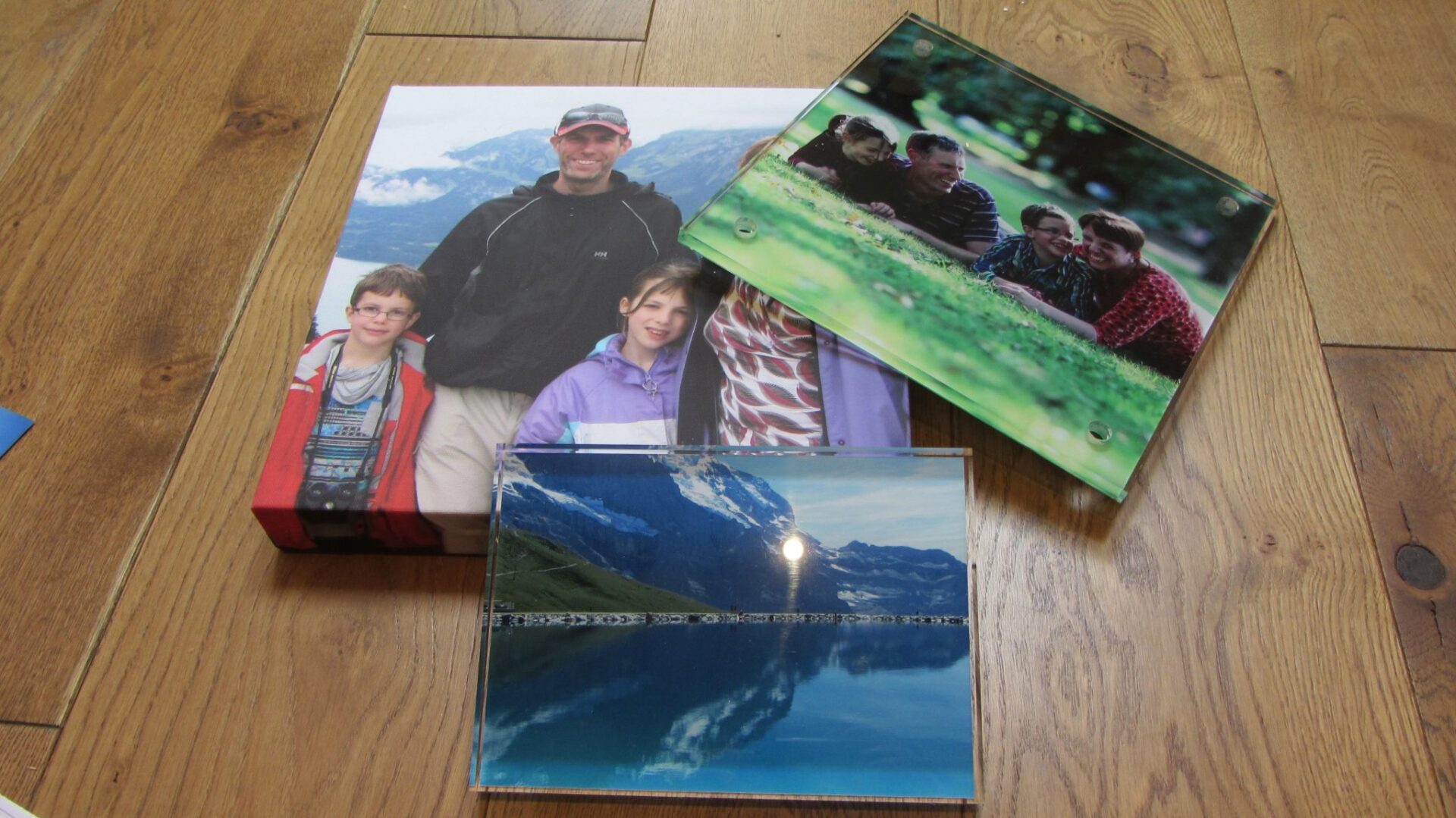 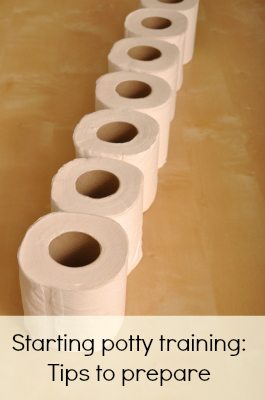 Anya from Older Single Mum and The Healer

I feel SO much better about not being able to put ours together in a jiffy and am off to phone them now! X