We have never really thought about getting games with a specific Halloween theme, and so were delighted to receive two fantastic family Halloween games ones from Megableu to take a look at.

Ghost Hunt Evolution is a simple idea; beam ghost and bat lights onto the wall, grab your gun, and create your own personal laser quest in your bedroom/lounge!

The kids loved it:

It’s raining. So we are playing creepy games indoors thanks to Megableu! #halloween

It seemed to give the children a heck of a lot of excitement, but crucially the three different difficulty levels mean that they could play it together without one of them feeling that they weren’t doing quite so well as the other one. It is so simple to set up out of the box, we did it in three minutes flat:

You do need three AAA batteries for the gun, and four AA for the projector; a rather funky green skeleton called Billy Bones :-D

Generally, my daughter isn’t into shooting games, which when your brother is, can be rather a sticky point in the household. However, this Halloween game was a big hit with both the children. It’s easy to set up, and simple to do, but keeps them entertained for a good while. Long enough to make their tea at the very least. ;-)

The game only comes with one gun, but you can take it in turns to beat your own score, or compete against each other. Get another gun, and you can even hunt your ghosts at the same time.

To keep it varied, the projector not only has ghosts for you to track, but bats that are a lot nippier; so a tad harder to shoot.

The gun doesn’t have an on/off switch, however it automatically turns itself off in 60 seconds if it isn’t being used. Don’t spend ages looking for the button like we did…. ;-)

All in all, great family fun, with strong longer term value. I can definitely see this coming out after Halloween. Ten out of ten for this one!

Creepy Hand is another Halloween game with a group party vibe to it. Definitely best when played with at least three, it does work with two though.

Another one of those Halloween games that takes a traditional idea, and gives it a terrible twist; this time Truth or Dare is put through the spookification process.

One its out of the box, you are pretty much away instantly:

The creepy hand is placed in the centre of the table, and started. The hand turns in a small circle, and stops randomly. Whomever it points to has to perform one of the tasks on the cards; tell the truth or do a dare. If they decide not to do either, then they have to take the forfeit. 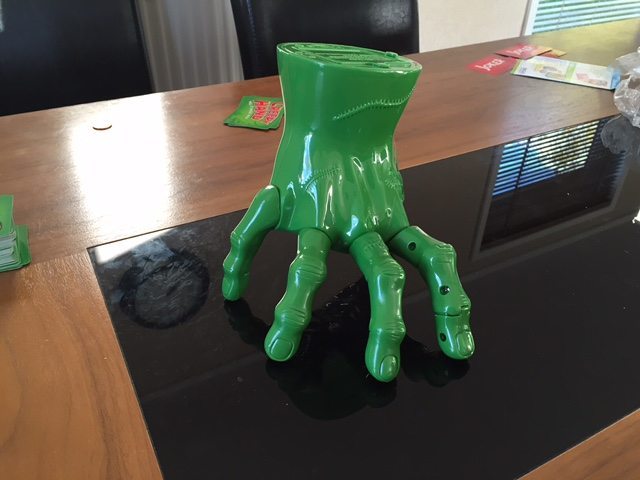 A classic of course, but some of the forfeits and dares are really rather fantastic, getting the kids to do all manner of fun stuff, which results in rather a lot of giggling… 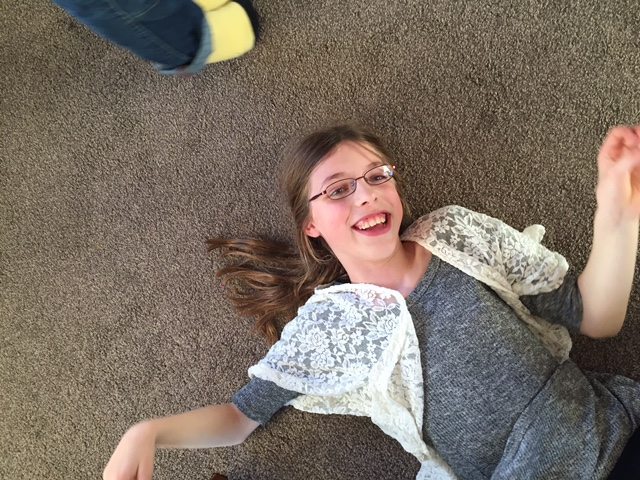 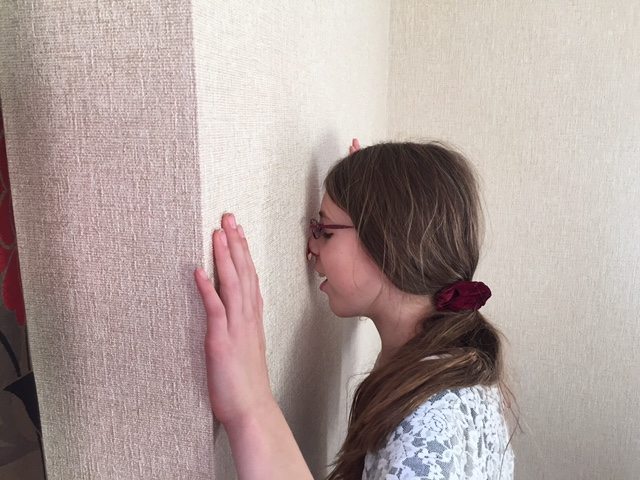 …but mainly oodles of fun.

Admittedly, some of the dares aren’t as good as perhaps the kids would have liked, but overall, the game has more good dares, than dodgy ones!

Again, the children loved this game, with the only problem being determining who the finger from the creepy hand was actually pointing at. Another bit Halloween hit, with a eight out of ten from us all.

The favourite Megableu game was definitely Ghost Hunt Evolution, but we wouldn’t hesitate in recommending either of these games for family Halloween games fun this year and beyond!

What are your favourite Halloween games?

Note: We were compensated for this review, and provided with the games. The review also contains affiliate links. However, all opinions are our own. We did have a load of fun playing them, and the won’t just be Halloween games I can assure you! ;-)