If your little ones are fans of Pip Ahoy, they will love these free printables we are sharing today.

There is lots of fun to be had with these, as there are Pip Ahoy colouring pages with Pip and his friends, and a fun dot to dot activity sheet which they can colour in too. 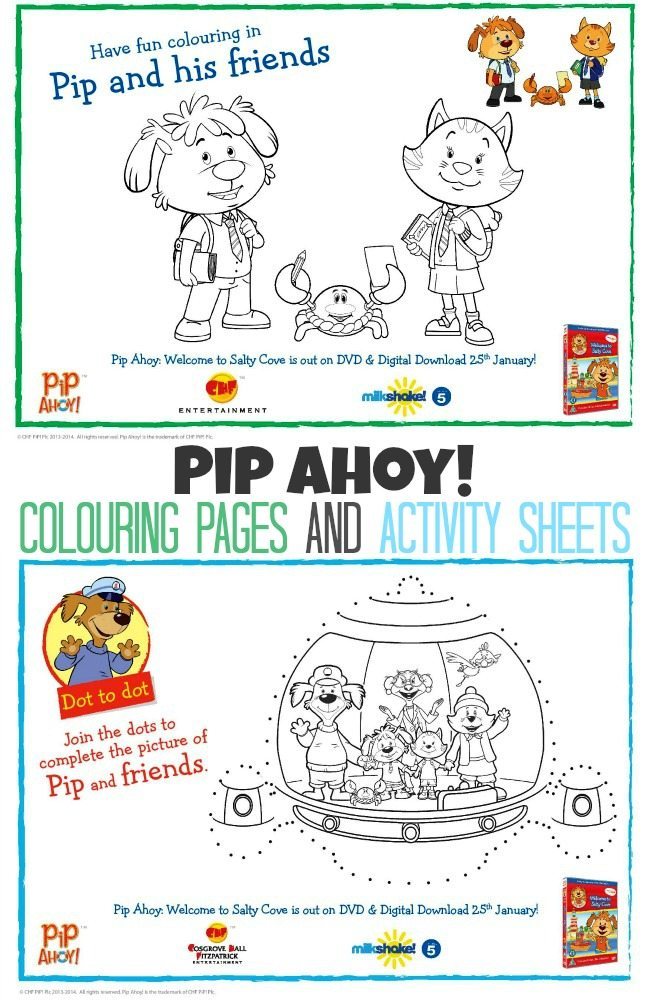 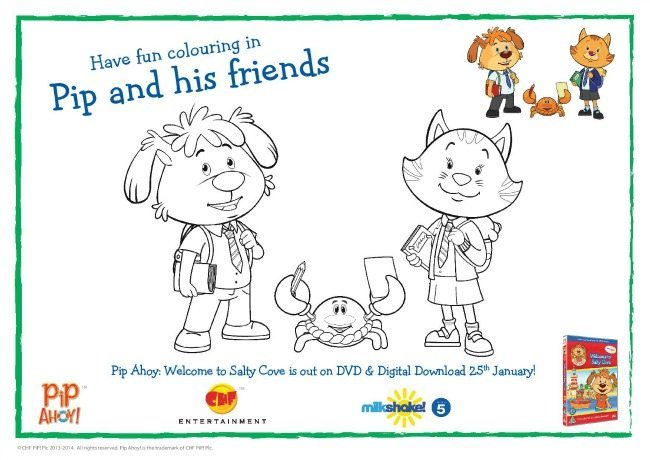 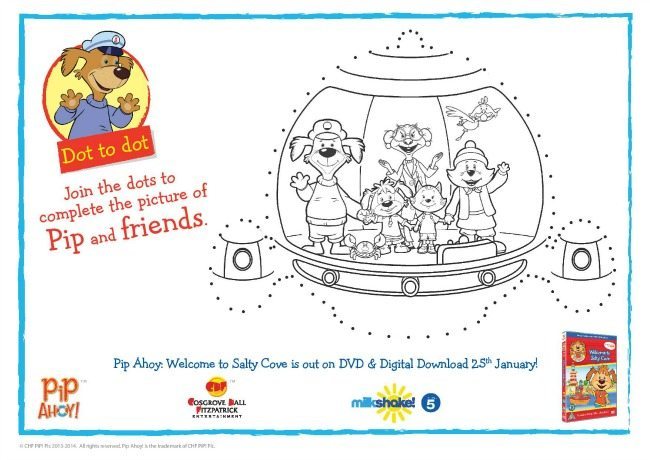 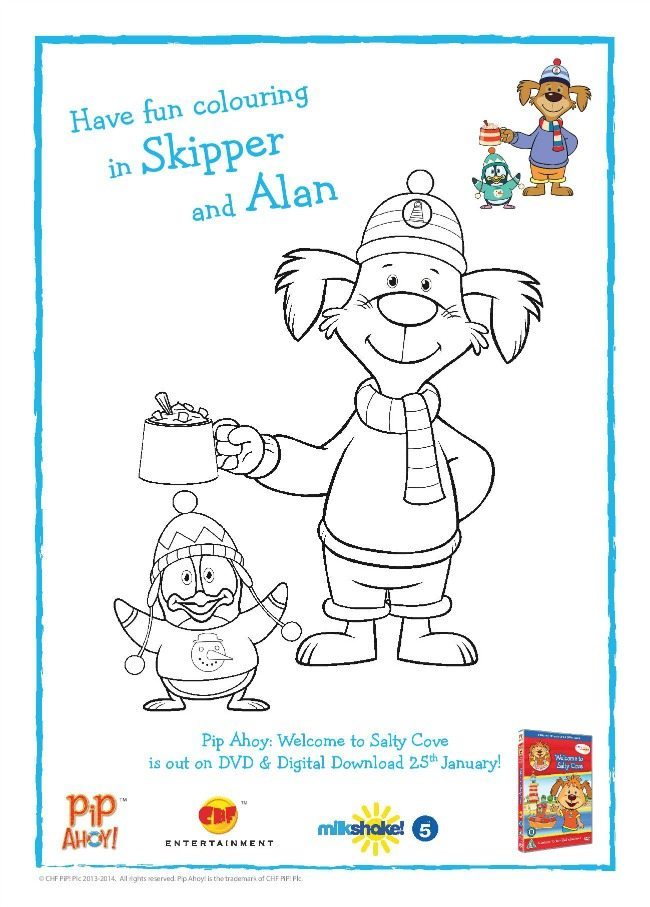 A happy-go-lucky Pip is a young pup, who has a series of adventures in the enchanting seaside resort of Salty Cove along with his best friend Alba the kitten. Originally airing on Channel 5’s Milkshake! Pip Ahoy Season 1, Volume 1: Welcome to Salty Cove, has been released on DVD and Digital Download on 25th January.

With a mixture of extraordinary and familiar Pip Ahoy! brings over two hours of pure fun and laughter into every home. Pip Ahoy! features the singer and reality TV star Stacey Solomon as the voice of the pink flamingo, Fuchsia. The star has also recorded the theme song for the show. The program even features Sir David Jason as the voice of Pip’s caring uncle, Skipper.

Salty Cove boasts everything a proper seaside resort should have – a wonderful sandy beach with little coves and pools to visit, along with welcoming beach huts and a sunny promenade.

The folk living in this idyllic place are as motley a crew as one could imagine. Residents include the acquisitive crab with a collection of bric-a-brac, Pasty, the one legged seagull, Hopper, a French poodle of high-breeding, Madame Éclair, a keen birdwatcher, Mrs. Twitcher, and a colony of well-spoken puffins and seagulls – Kevin, Cyril and Percy – who are always ready to make mischief. The Squidblets, a quintet of singing limpets, pop up from time to time too. Beneath the waves resides a multi-limbed musician; the renowned Rocktopus. 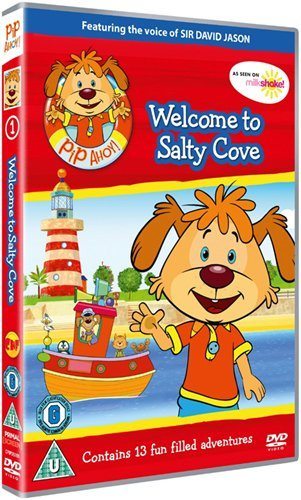 You can now visit Salty Cove from the comfort of your living room when Pip Ahoy: Welcome to Salty Cove, is released on DVD and Digital Download in the New Year. Initial quantities will come with a bonus activity poster!

Helen is a mum to two, social media consultant, and website editor; and this site is (we think) the only Social Enterprise parent blog! Since giving up being a business analyst when juggling travel, work and kids proved too complicated, she founded KiddyCharts so she could be with her kids, and use those grey cells at the same time. KiddyCharts has reach of over 1.1million across social and the site. The blog works with big family brands (including travel) to help promote their services, as well as offering free resources to parents of kids under 10. It gives 80%+ profits to the Young Minds charity to help kids with their mental health. Helen is a part-time digital marketing analyst with Channel Mum too, so loves to be creative in the brand campaigns she works. on. Get in touch TODAY!