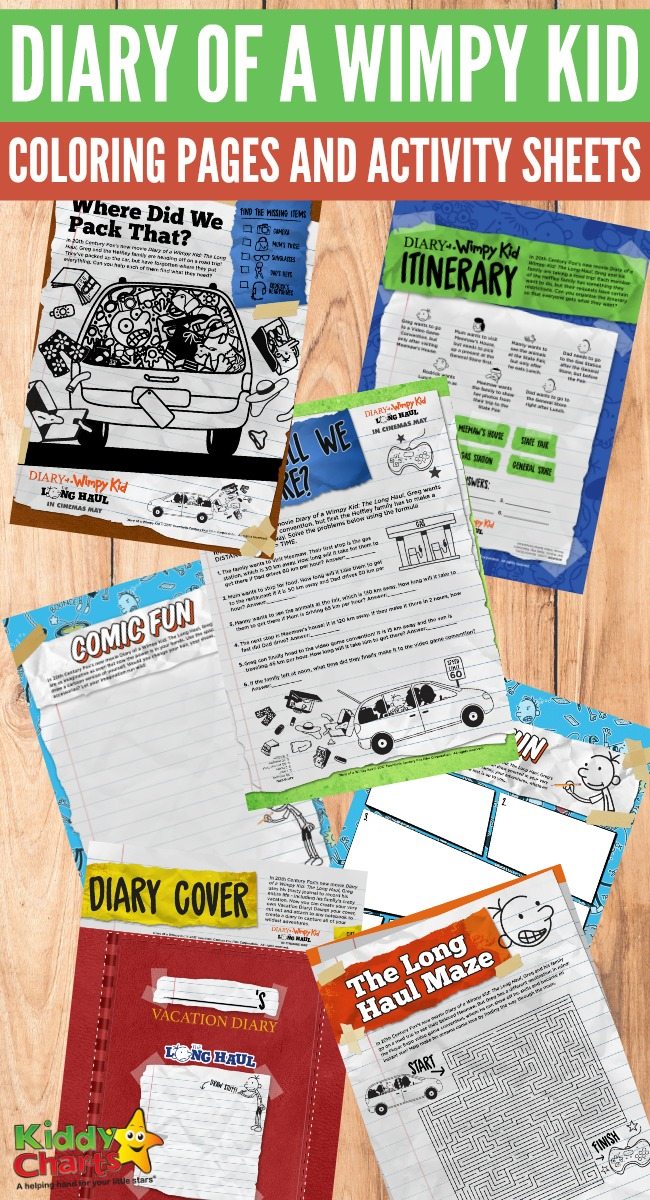 Diary of a Wimpy Kid coloring pages and activity sheets

Can you organise the itinerary so that everyone gets what they want? 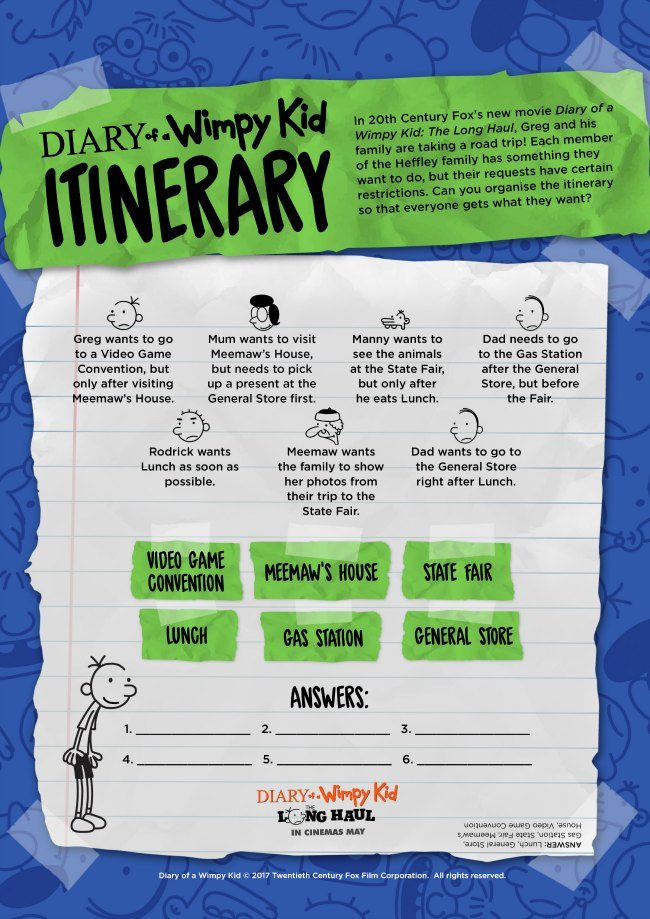 Diary of a Wimpy Kid make your own comic number one activity sheet.

How would a cartoon version of you look like? Can you imagine it? Now draw it! 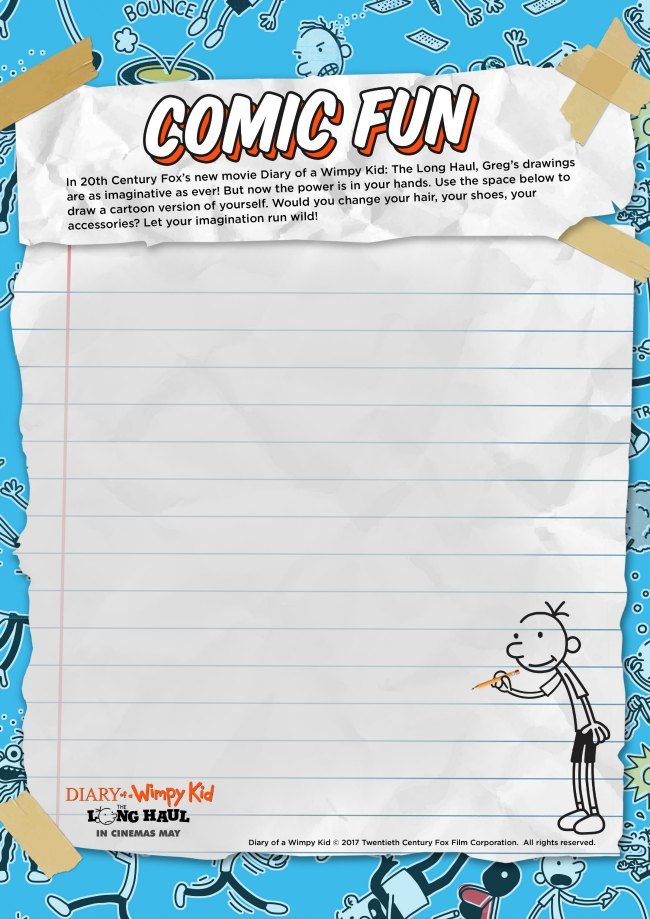 Diary of a Wimpy Kid make your own comic number two activity sheet. 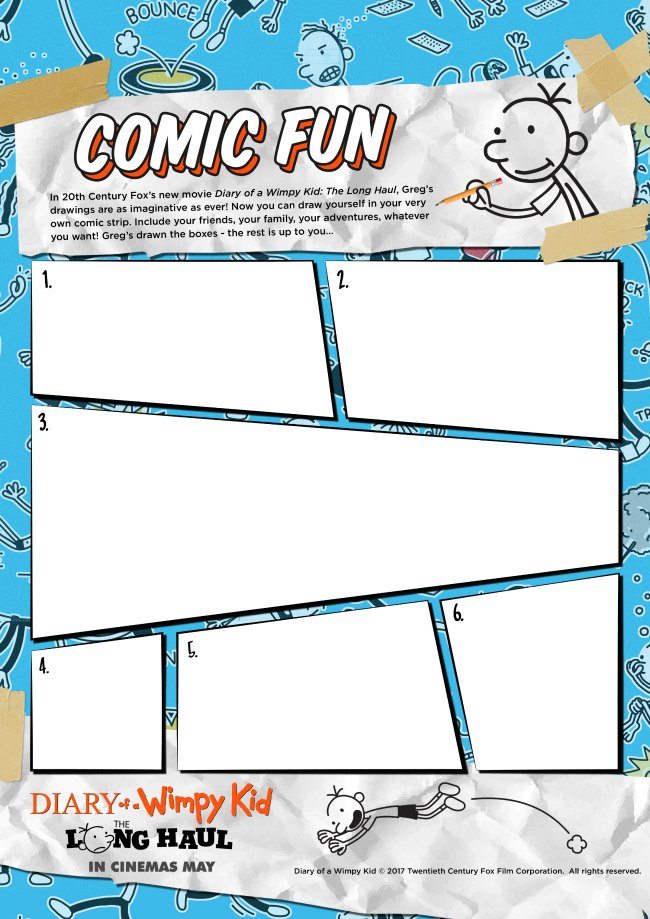 Start your own diary! This printable cover is really awesome looking.

Give your brain a workout by solving this maze. 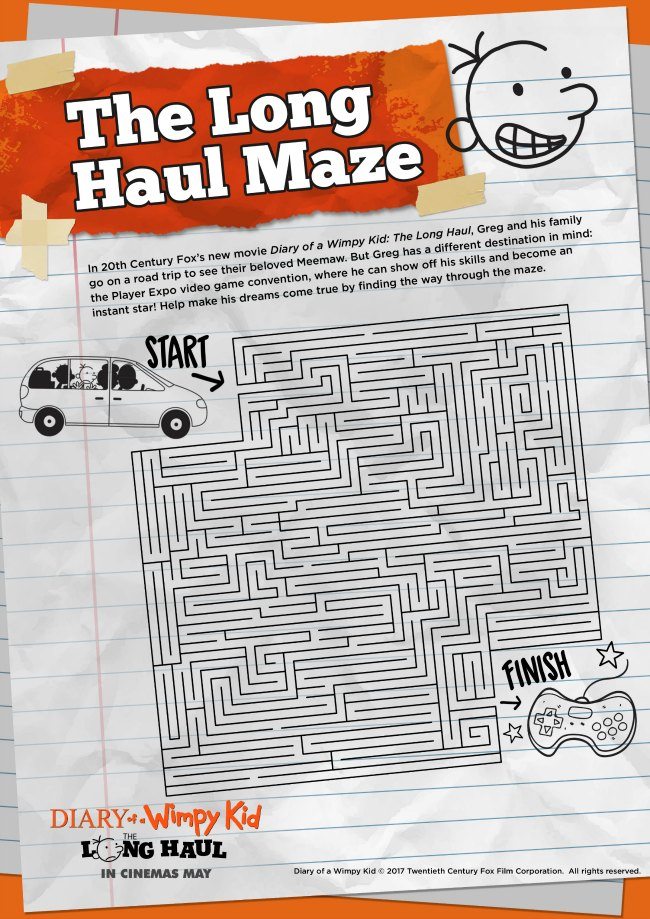 Diary of a Wimpy Kid when will we get there activity sheet. 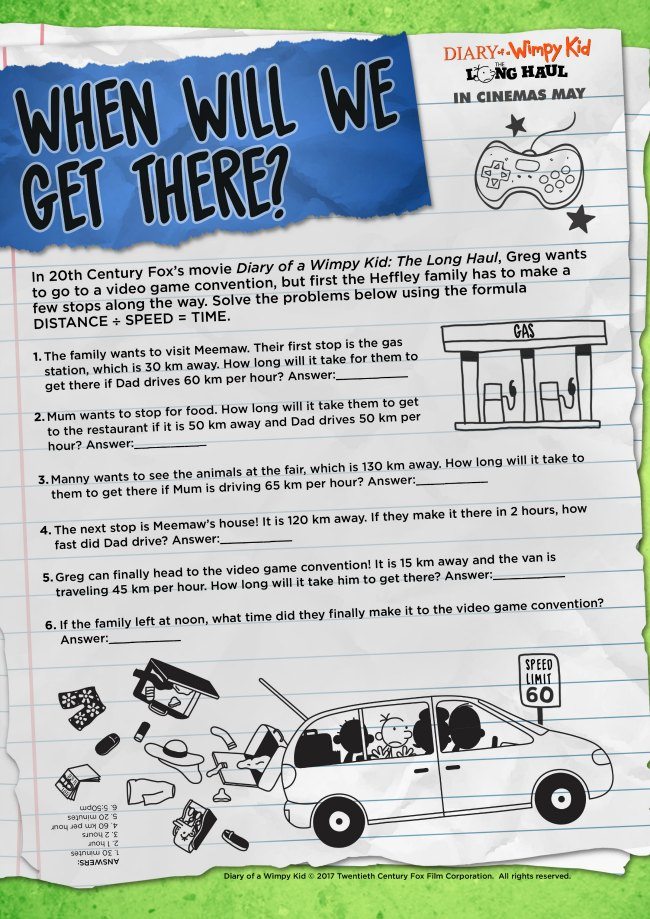 Can you find Greg and the Heffley family find what they need? 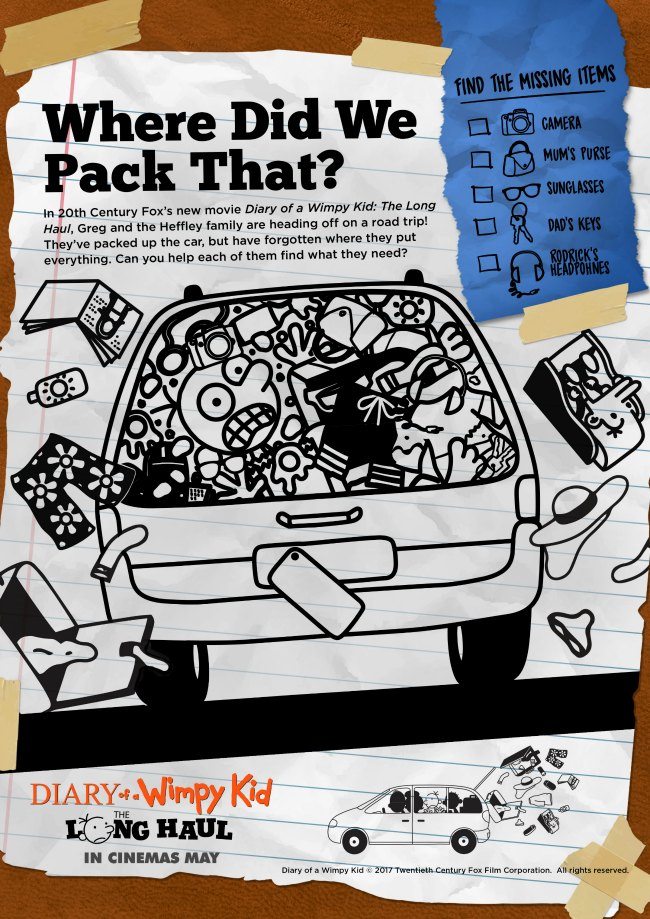 DIARY OF A WIMPY KID: THE LONG HAUL

Based on the record-breaking book series and starring Jason Ian Drucker, Charlie Wright, Owen Asztalos, Tom Everett Scott and Alicia Silverstone, DIARY OF A WIMPY KID: THE LONG HAUL  was released on May 17, 2017 in the Philippines, on May 19, 2017 in the United States and on May 20, 2017 in the United Kingdom. 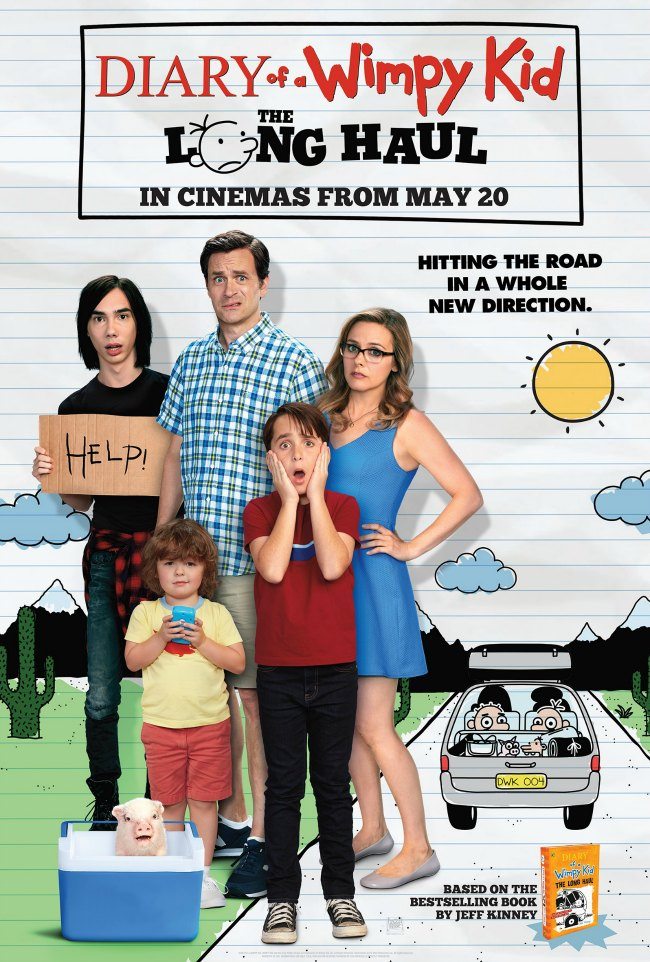 In DIARY OF A WIMPY KID: THE LONG HAUL, based on the record-breaking book series, a family road trip to attend Meemaw’s 90th birthday party goes hilariously off course thanks to Greg’s newest scheme to (finally!) become famous.

The film takes place one year after the events of Diary of a Wimpy Kid: Dog Days.

Summer holidays are just around the corner and young Greg Heffley is happily looking forward to a very long summer of just hanging out, but his mother has something else planed for the family, his mother forces the entire family to take a road trip for a relative’s birthday celebration. 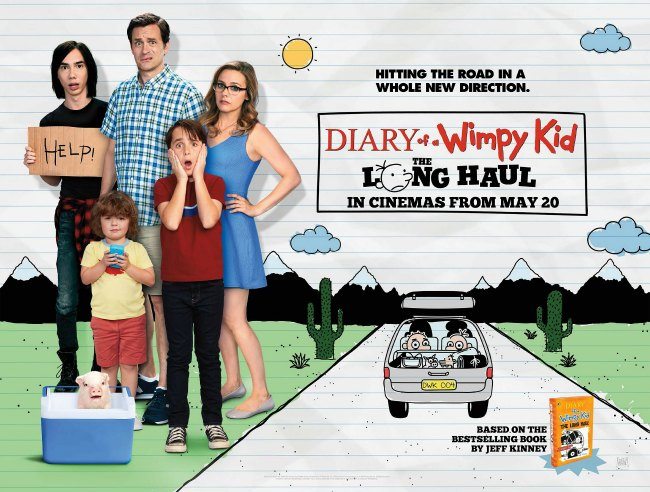 He soon figures out that the road trip that his mother has planed can be used to sneak into the video game convention and meet a YouTube super star Mac Digby, because both events are being held in Indianapolis, Indiana.

But, the family may be a bit late because of Greg’s plan, his brother Rodrick’s bewilderment, and a few very strange circumstances that happen to the family during the road trip. 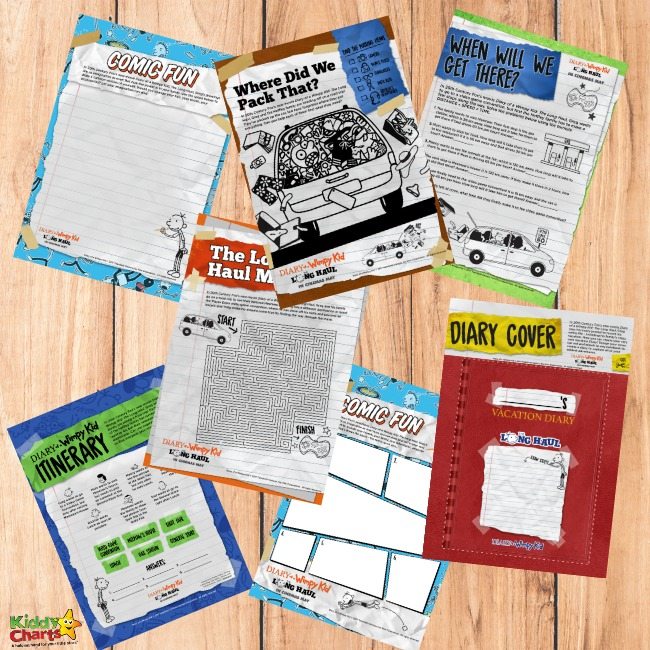