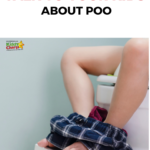 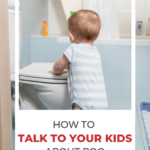 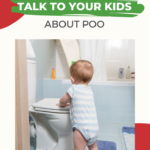 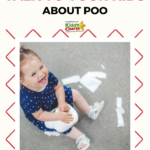 Today in 31 Days of Learning we have a guest post from Erica at The Incidental Parent about a subject we don’t talk enough about with our kids; We are giving you information on how to talk to your kids about poo.

Mind you – we bet your little ones like to mention it from time to time in the most erm – awkward – of places?!?!

Talking about using the loo and poo can be embarrassing but how we handle it (literally in some cases) can make all the difference for our children and their attitude towards it as they get older.

I’m Erica, I’m a 42 year old mother of two and I have Crohn’s. I wanted to talk about the importance of talking to your children about poo. I think, on the whole, we have come a long way from when I was a kid and needing a poo when anywhere but at home was seen as embarrassing. When you have something like Crohn’s you have to accept that when you have to go, you have to go. Dr Ranj and his poo song has certainly helped too!

I thought I would share how I had the talk to my kids about poo and using the loo from being a baby onwards. I hope they have a healthy attitude towards it.

I think we have all been in a situation where we have had to catch our baby’s poo. I know I have, in fact I remember it well. I was changing his nappy in the living room, I took his nappy off and the inevitable tsunami shot from his bottom caught by my fair hand, mostly some of it ended up on the carpet.

S**t happens as they say.

This was not the only time, I can tell you.

As your child approaches potty training, it is really important that you talk about using the loo. Most toddlers follow you everywhere, including the loo, and in my opinion this is a good thing. If they see you on the loo and you don’t shut them out they won’t think something horrible is happening behind the door. They will also see it as normal and will understand the routine of going, wiping and then washing their hands.

We tried not to make a big deal about potty training. We waited until they were ready. If we tried and they weren’t then we stopped and tried again a few weeks later. I found having a potty upstairs and down helped a lot so there was no rushing. They weren’t told off for having accidents but were praised for using the potty or toilet.

What we have found really helpful is an insert for the toilet so they can sit unaided. We also have a travel one that folds up in my handbag as my youngest had a fear of falling through the big seat. Luckily he’s over that now. But this helped settle his fears and give him the confidence to know he is safe.

Where poo and wee is concerned we have tried to not make them embarrassed to talk about it or think of it as “dirty”. Of course, we don’t want them smearing it over the walls. But we do want the to talk about it and tell us if they are worried about anything unusual.

Is there a book about poo-ing for kids?

Editor comment: We had a few issues with potty training with ours, and found this book called Everybody Poos (Amazon affiliate link) to be the best thing EVER for normalising poo-ing and stopping little ones from feeling so scared about the whole process. Might be worth trying?

We also have a few fabulous ideas for books on potty training for you too.

Once they start school you enter the realms of not knowing if they’ve been and rely on them telling you – unless their routine means they only go at home. I ask them if they’ve been and what consistency it was. I know, I know, it’s a bit gross but poo tells us a lot. If it’s like pebbles then they aren’t drinking enough or eating enough fruit and vegetables. I also encourage them to have a look at the toilet paper after wiping…

Prepare yourself for the inevitable email telling you there are worms in school and the subsequent “Muuuum! My poo is wriggling”. That was a joyous day, I can tell you. If they don’t check the loo roll they wouldn’t necessarily know they have worms. Worms are easily treated by a dose of medicine available from the chemist. And are avoided by thorough hand washing, but they do happen.

If another child doesn’t wash their hands and plays with the same toy or whatever then they can be passed on.

As they get older:

As children go past the reception years and get older they become more aware of their bodies and can get embarrassed.

This is when it’s really important to be open about bodily functions and ensure your children are comfortable talking to you about them; or seek medical advice if not. I was (incorrectly) diagnosed with IBS as a teen. Had something been done sooner then perhaps I wouldn’t have needed the operations I have. This was not my mum’s fault. She was always open about these things and kept taking me to the Dr but was fobbed off with IBS.

If you are concerned about your children’s bowel habits then talk to them and go to your GP. If you aren’t convinced by their diagnosis then ask for a second opinion. I know they say don’t Google but being armed with information can’t hurt.

If we all talked about poo a bit more and were less embarrassed then diseases would be picked up much more quickly and treatment would likely be more effective. Things like bowel cancer have a much better survival rate if caught early, so let’s talk about poo more *baby*.

Now I bet you weren’t expecting that? We hope that this has helped make things a little more open to talk to your kids about poo. If you want a few more resources on potty training, do check out some of the other resources on the site.

A bit of a checklist for potty training for you. 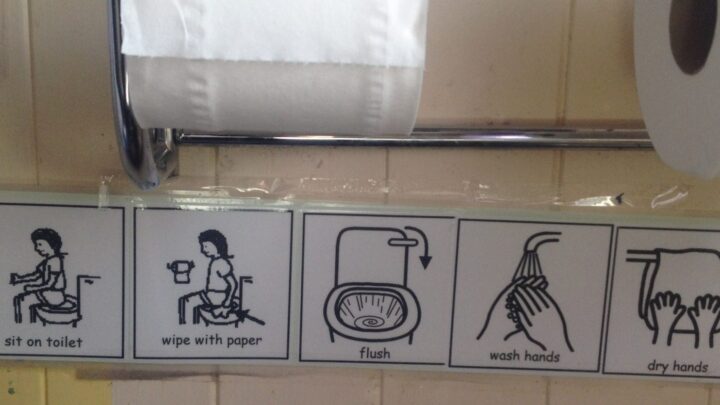 Tips for potty training special needs children and starting nursery: From a mum who knows 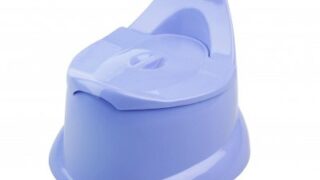 When to start potty training: Give them time

When is it wise to start all this potty training anyway? 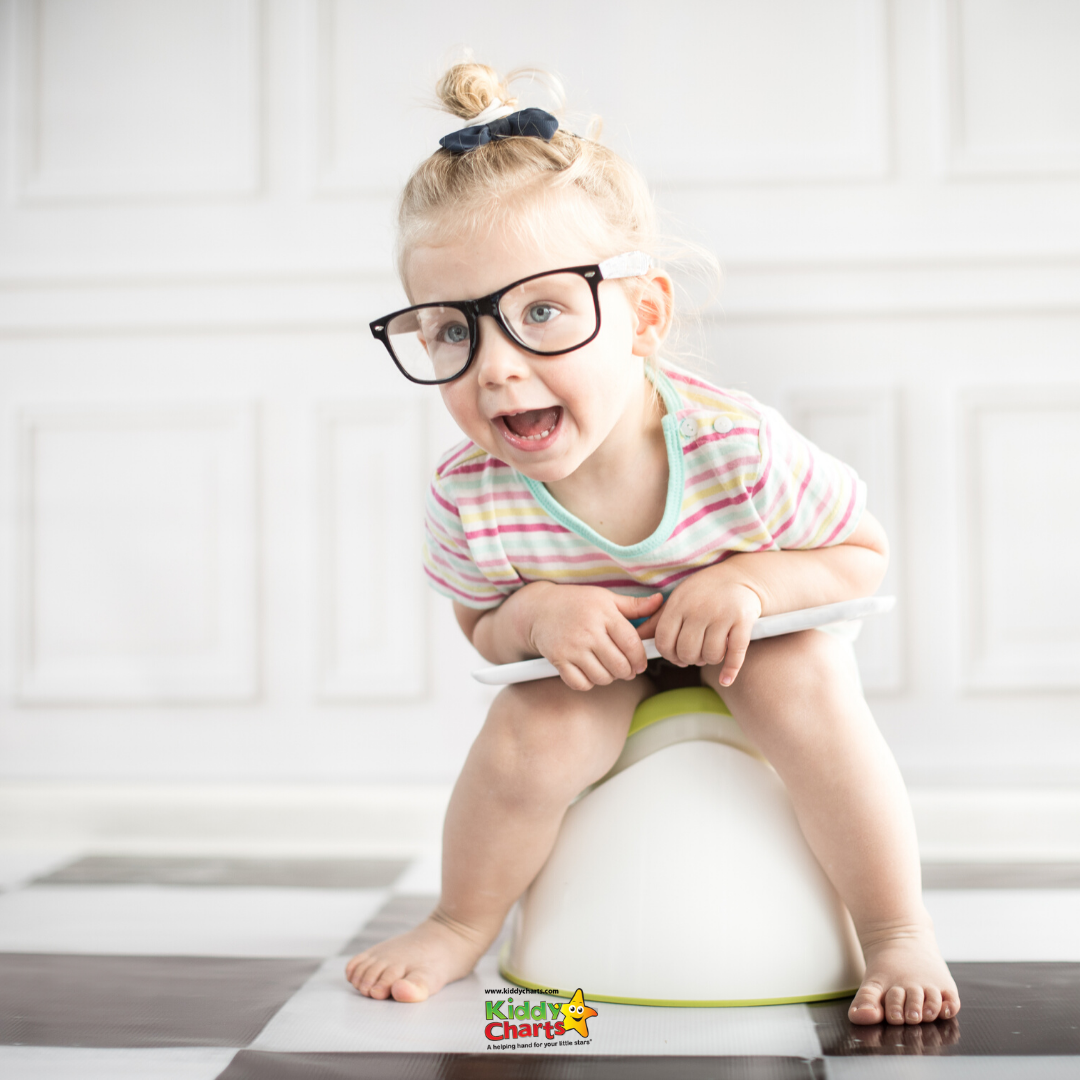 All our resources for potty training in one place.

Some ideas for night night potty training, and making it easier too.

We hope that you like this article, if you want more of the same, then do sign up to our newsletter – it comes out weekly, but you can get a daily version if you want to.

Erica has been blogging as The Incidental Parent for just over three years. She lives in Kent with her French partner, Monsieur Incidental, and their two sons known as Big L and Little L. She covers travel and days out in her local area and writes candidly about living and parenting with Crohn's disease as well as being a stay-at-home parent and feminist.


Do check her out on social:

I remember how difficult it was to train my nephew to use the potty. I wish I had first-hand information about it like what I just read here. Well done Helen.

Thanks for the tips hoping to work out to all kids out there.