Lips, freewheeling into the charts at #7 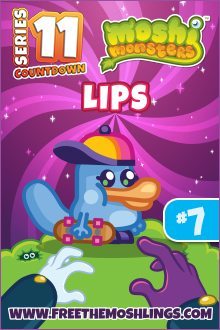 Our new moshling friend for day 7 is a little bit of a contrast to King Brian, Lips is a cool dude who likes nothing better than to travel about Moshi land on his skateboard, using that strange duck-billed platypus tail as a rather ingenious propeller. No-one can go quite so fast on their boards as a these duck-billed brattypuses!

These cool critters like performing their sick tricks on the streets of Monstro City, using their tails to make them even more impressive, so much so that they like to video their antics, particularly if they happen to hit the pavement beak-first, and put them on Gootube. *that’s gotta hurt*

Habitat: If there are any abandoned swimming pools near you, then you are in luck. You are bound to find one of those Lips dudes performing a tail grab. If you haven’t got any in distance, then nip over to Beak Creek instead, and you should find them hanging about on street corners there.

Likes: Grip tape and stair rails so those sick tricks can come thick and fast

Dislikes: Bonkers Whizzlings get in the way of their street tricks, so don’t put them next to each other unless you want trouble. Crazy paving plays havoc with their Gootube ambitions, so they don’t much care for this either.

It has been a pleasure to meet Lips, so I wonder who is on day 6 of the countdown, only a week to do now! 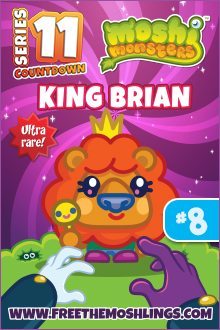 King Brian, roaring into our countdown in at #8
← Read Last Post 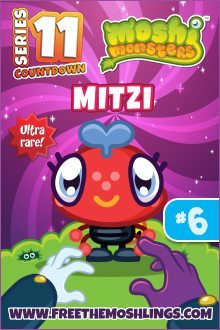