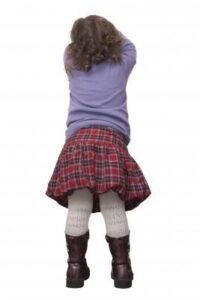 Toddler Tantrums – Ignoring them can work well in public if you can survive!

For some reason this topic makes me feel uncomfortable! However, we’ve all been there and have all had to deal with them.

KiddyCharts have track reward charts which can help you too. Everytime you go out and your child doesn’t have a toddler tantrum; they can move on one space along their track by colouring in a shape. At the end, you can decide on a reward.

Alongside using a chart, we can also help deal with them more smoothly be changing the way we react to them too.

Even just thinking about dealing with toddler tantrums in public makes me cringe, I feel my shoulders going up and recognise that feeling of wanting the ground to open up and swallow me whole!  But why do I feel like this?  All of us mums know what it’s like to deal with a tantrum, right?

My reasons for cringing about tantrums stem from when I wasn’t a mum, and how I used to perceive the mums of kids who were throwing the tantrums.  If people are honest with themselves, the majority of us would say we had judged a mum who had been accompanied by a little one throwing a tantrum in public.

I remember when I was pregnant with my first son.  I was in a supermarket with my mam and there was a little boy at the counter screaming and screaming for sweets and when his mum wouldn’t give him any he threw himself on the floor and refused to get up.

She gave in and bought him the sweets.

I remember my mum saying to me:

“That’ll be you soon”

I replied by saying,

And have my children behaved like that? Of course they have.  One time in a big store my son would not clam down, he wanted the latest Spiderman figure and he literally screamed the whole store down, he was hysterical.  Looking back, I think he just didn’t understand that big presents like that are not just bought randomly for him.  I refused to give in and ended up just dragging him out of the shop by his foot with his whole body just trailing behind me on the floor.  I got some really evil looks from other people but what did they know?  They hadn’t just witnessed how he’d behaved in the shop and what was I meant to do, leave him there?

After this one experience and before my second son was born, I thought I had best learn to deal with toddler tantrums otherwise I’d never been seen in public again if two of them were doing it.  So here’s how I learned to deal with the tantrums. For some reason they usually end up happening in a supermarket….

1.  Remember you are the adult

Children often find it difficult to control their emotions or to understand why they can’t just have what they want.  Until their brain is developed to a certain stage, about 3 years, they can’t rationalise that well.  However, as adults we can.  So stay calm, you’re not going to calm your child if you start screaming and shouting too, it will just make them do it more.  Keep your voice very firm and calmly tell them ‘no’.  You don’t even have to give a reason why they can’t eat as many sweets as they can possibly get into their mouths on their way down the sweet isle, they just need to know that they can’t.

If you know that it is a certain place that your child will throw a tantrum then do as much as you can in advance to stop this from happening.  For example, if it does usually happen in the supermarket then try and think why?  Is it because they are hungry, frustrated or just drawn in by all the mass media around them?  If you recognise this, then put things in place BEFORE you go out either by going just after a meal, stay away from the sweets isles and don’t go when they are tired as they can easily become overwhelmed by things around them.

It might sound drastic but children actually like doing things with their parents be it shopping, a trip to the museum or the park and one of the most powerful things we can do is to take them home, even if it means abandoning a shopping trolley full of food in the middle of the shop.  They will soon realise that their behaviour doesn’t actually get them anywhere at all and it’s best not to do it!

4. Ignore people around you

I know it is harder than it sounds, but if you are a toddler, you have toddler tantrums! This is particularly the case during that terrible twos stage so try and just ignore any off glances or stares you may be getting from people around you, as this will often just wind you up more and you’ll be less likely to be able to calm your child.  People will always judge us, like many of us did before we became parents too!  It’s your child and your business, no one else’s, so how you deal with it is up to you.  It doesn’t make you a bad mum; it just gives you something in common with other mums!

5. Set rules and be consistent

Once your child is old enough to understand that their behaviour is not acceptable, then set some ground rules and is consistent. Over time they will earn that their outing is actually more enjoyable when you all get along.

I know throughout this piece I’ve tried to make light of the issue, but the truth is it is stressful for both the parents and the child when their child throws a toddler tantrum.  The child can often be shaky after and even though you may be furious that you didn’t get done what you needed to or the day has been ruined for the family, children, especially young children, don’t understand why they have become so upset and can feel very shaken by it afterwards.  Tantrums are quite exhausting for them, they use a lot of energy and they may be left puzzled as to why they felt so bad.  If this is the case, then take a few minutes to reassure them they are OK and give them a hug, just re-affirming to them that even thought their behaviour wasn’t acceptable you still love them.

And remember, they will grow out of it, it won’t last forever.

Does your child suffer from public toddler tantrums? Or have they in the past? How did you deal with it? Have you any stories of particularly bad ones you had to endure? Do let us know below. And if you still need help, do pop on over to buy a reward chart.

This is another guest post from Maria Albertsen as part of our series of Thursday Thoughts for Parenting Behavioural Challenges. We hope it helps you out. And well done to Maria for being in the Top 100 UK business mum awards, welcome to the club!