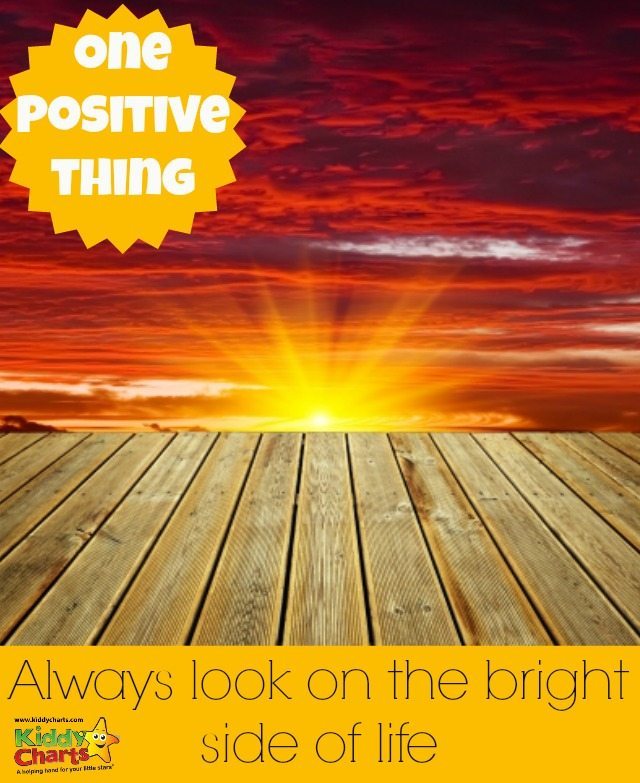 Do you ever feel a bit down sometimes, and really just don’t know why?

It can be very difficult as a parent to stay positive when you have one of those days when the kids just aren’t listening, or no matter what you try it just doesn’t go as planned.

I felt precisely like that this weekend; I think it was probably a combination of having to miss out on some family fun so I could study, and a few health related things that have been bubbling along since I had a hysterectomy over two years ago.

BUT, when you are feeling down, there is nothing quite like friends to make you feel better. I asked a few blogging buddies to give me one positive thing that had happened to them over the weekend to help make me look on the bright side of life, just like Eric Idle tells us all too…

What happened will warm your cockles…it doesn’t matter how small it may seem, but that little bit of positivity can go a hell of a long way, both for you, and for everyone else around you.

“I’ve been in Harpenden helping at the local hospice’s Superhero run.”

“I crafted with my DD. not unusual, but I have never worked with Fimo before, and it worked!”

“I went out for lunch with my pals. No alchopops involved but it was so lovely to catch up. I bought peonies too, which I am obsessed with!”

I got my hair done and went out for dinner and drinks with a friend last night. Reclaiming my social life #GoMe

“I dug a client out of a hole and she was mightily impressed. I’ll take that”

“I made two tables and six chairs single handed as hubby on a stag do. I ROCK!”

“I sold my car! Boring as hell, but you probably don’t appreciate how difficult it is to do something so mundane in my appalling German! :-D”

“My son’s school futsal team represented Staffordshire in the regional finals & beat all the other teams who seemed to mostly be from some sort of futsal academies…small town boys in their PE kits are off to London for the Nationals! I’ve never shouted & screamed so much at a footie match.”

“I managed to find two Orla Kiely coffee jars. Both the same design, so I’m going to bling one up with vouchers for my ‘other best friend’s’ birthday.”

“Hope you’re all right babes. My book comes out tomorrow, and that’s pretty exciting and terrifying!”

“You said something lovely on my status today Helen. It means the world when someone i know takes a moment to recognise me. So that’s my lovely thing. Thank you x” 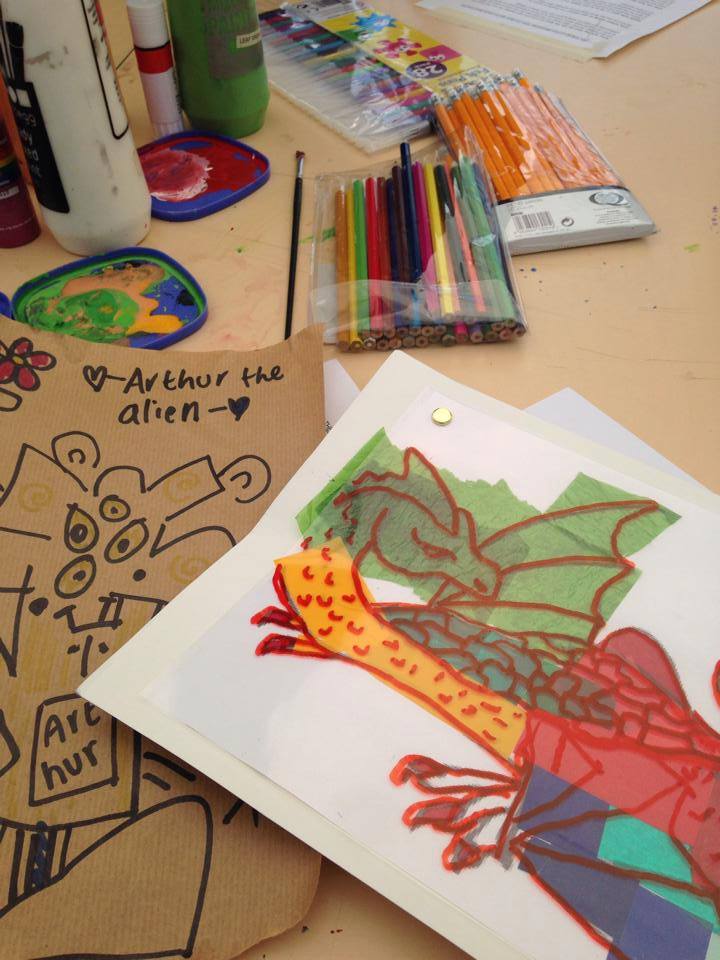 “Penny Alexander Woke up, could not be bothered to do anything, but went book shopping and the whole family found some new stuff to read, have had my head happily in books about walking in the Lake District all afternoon.”

“My pizza oven is nearly finished!”

“I made some bunnies for the kids and had a nap”

“Both my students put up the boys new trampoline today. Last one got knackered in the storms. Could never have done that myself. They kept getting it wrong and had to re-do it three times but were patient, kind and polite the entire way through. So we’ve had afternoon tea in the sun, dinner outside with their favourite – Eton Mess to finish. Youngest has somewhere to get rid of all that energy and all is good in the world again. I sent my mum your thing about the Kano computer thing (as well as the Nikki Thomas) one as it’s the eldest’s birthday and she might put towards it and oh yeah, the Mirror online thing.”

Me and My Shadow

“I persuaded (bribed) my daughter to clean her playroom and you can now see the carpet. Whoo-hoo.”

“My boys have come home with heaps of washing, but they had a wild time with the scouts on Dartmoor and SATS are all behind them so I’m smiling for them.”

“My youngest got 4 of his spellings right – I am SOOOOO proud of him :-D”

“Saturday was a good day as I took the girls to a birthday party and they both had lots of fun! A and I saw a high school friend I hadn’t seen for 15 years!”

See – social media has its uses after all, doesn’t it – bet YOU feel better now too :-D

Anyone got anything else to add, pop it in the comments, do – let’s have an awesome Tuesday and start the week off as we mean to continue!

really awesome concept you share through this article.It is really important to concentrate on the positive sometimes in life.Thanx for this sharing.

Hope you're feeling better, Helen. When times are tough, I remember what I have to be grateful for.

Exactly, Nina. There are so many things that we should be happy about, even though there are tough times too. Thanks for the comment.

I am sorry things were getting you down. I hope all is ok now.

Staying positive, thanks to all of you!

Great post. It's important to concentrate on the positive sometimes. Hope you're feeling a bit better now lovely. Thanks for including me in this x

I completed a Walk the Walk marathon :-)