How to deal with failure and disappointment

It’s natural to want to be our children’s saviour when really we should aspire to be their guide.  Truth be told we can’t save them from every knock back in life and nor should we try.  Kids will be disappointed, they may fail at tasks and they may get let down, so surely it’s best to help teach and nurture our children in how to cope with these situations, essentially how to get back up on the horse again.

It’s important to create a balance as, at times, things they do or indeed don’t do may inadvertently disappoint our own expectations of how we expect them to perform and at times as parents we can take it as a personal slight on our parenting or even a personal slight against us when really we are not the focus here nor are we a victim, or if we are we’re only a victim of our own egocentrism or unrealistic expectations.

Failure isn’t just about failing, it opens a whole can of worms of emotion such as sadness, anger, frustration and kick start negative defense mechanisms to avoid failing in the future which can limit and obstruct their potential not just to succeed but to have fun.

Failure and disappointment are unavoidable in life, yet how we deal with it can limit it’s impact as failing offers opportunities to solve problems and nourish personal growth.

Some things to maybe keep in mind when dealing with failure.

It’s vital that a child realises it’s really okay to fail, although I loathe the word ‘fail’ and indeed ‘failure’ they sound incredibly negative.  Failing may not be what they desired or hoped for, but it happened, it’s normal and it will be okay.

Remember that children may have a different concept of failure than you.   You may see getting 0/5 in a spelling test as a failure whereas your child may see failure as being the only one in their group of peers who can’t do a forward roll.  Does that make one more important than the other?  Never judge your child’s failure on your own spectrum or judgement.  Keep in mind this isn’t about you and what may seem as a minor hiccup to you may feel like an epic failure to your child.

Ask them how it makes them feel

Never trivialise their feelings. Regardless of how inconsequential or insignificant you feel their disappointment is.  You don’t have to understand how or why they’re feeling that way but as a parent you do need to acknowledge them. Through validating their feelings, you can help your child work through them.  They’re entitled to feel bad about it and it’s important for us to help them realise that it’s okay to feel like that.  It’s tempting to try and get them not to ‘sulk’ and to ‘get over it’  yet letting their feelings run their course is an important step to learning healthy coping mechanisms.

How do you react to failure?

Children model their behaviour and reactions from their primary care givers, there’s a reason parents are also role models.  Look at how you react to failure; whether it’s being unable to decipher the new flat pack furniture or being passed over for a promotion at work.  If you react aggressively or physically, chances are your child will too as you have shown them this is the way we deal with disappointment.

You may feel disappointed too but they’re feeling bad enough for having let themselves down without having to feel bad for letting you down too. Don’t focus on the result, focus on the effort and attitude they put into it, find something to be positive about, maybe they did better than last time?

Let them talk it through with you, see if they have any insight that you may not have into why they think it went wrong or didn’t go as they hoped and expected it would.  See if they can brainstorm ways to deal with it in the future.  Offer guidance but don’t dictate what you see to be a solution.  If you offer them a definitive solution and it fails, they’ll feel even worse.

For everything they can’t do there will be ten more things they can do.  Thing Two was incredibly upset at not being able to do a forward roll when Thing One, The Toddler and her peers at school could.  She was angry and frustrated with herself.  We pointed out that yes, she couldn’t do a forward roll yet, but then again most people in her class have a significantly lower reading age than her; that everyone has different talents and abilities to be celebrated.

If your child can’t do something, it’s tempting to make them practice and practice until they can with the idea that once they can do it they’ll no longer be upset and the more they do it the quicker they’ll master it.  Sounds good in theory, right?  Problem is you’re now making it into a much bigger issue than it ever need to be and through making them practice and practice over and over you’re essentially humiliating them through putting them on the spot and making them repeatedly fail at something in your presence whilst they try to get it right.  This will remove any sense of achievement or pride they may have naturally felt should they have achieved something in their own time.  Offer to help, ask them if they need you to show them how to do it and let them know if they need you, you’re there to help them.  Give them tips and help them create a plan then leave them to it.  The magnitude of the positive feeling they will feel will be immense if they can master it and then show you they can do it.  Thing Two abhors being watched when practicing something she can’t yet do and would much rather do it on her own until she’s mastered it.

Your child is struggling with their spellings or sums.  They just can’t get the hang of it yet.  You have a touch of ‘how will this reflect on my parenting?’ which is natural, don’t beat yourself up.  It’s tempting to just do it for them.  Don’t.  It’s not about you.  If your child is struggling, the teachers won’t think it’s because you’re not helping them at home.  If you’re feeling a tad insecure, it’s okay, go to their teacher and explain your child is finding it difficult and do they have any tips for you to help them.  This way you’re being proactive as you’re letting the teacher know your child needs a little extra help which will in turn build your child’s confidence as the extra help will help them master the element they’re struggling with.

Keep in check your expectations and theirs.

If your child is upset that they’re not as good as an older sibling who is several belts ahead of them in karate, let them know that with enough practice and time they can be.  Chances are the older experienced sibling has been doing it a lot longer than them, it’s not expected that they’ll be anywhere near as able at it.  Remind them that their sibling couldn’t do half the things they can do now when they first started either. Lower their expectations and bring the fun back to the journey of learning and practice.   Likewise, you may have been a natural at playing the piano when you were a child, don’t expect your child to be the same.  It may take them weeks, months or even years to progress.  Try not to compare them to you or others abilities.  Celebrate their own achievements at their own pace.

Physical reassurance is just as powerful as verbal.  Commiserate and empathize with them with a hug.  Let them cry if they need to, tell them that you love them and that you’re proud of them and that, be it failing a test or being unable to ride their bike, it may feel like the end of the world, you understand, but things can get better no matter how impossible they seem.  Tell them tales of things you couldn’t do and even things you still can’t do!  Remind them you love them regardless of what they can do. 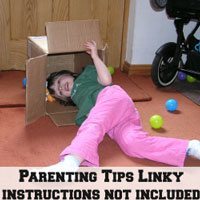 It's one of the toughest things to learn I think - coping with failure.

I have a 3+ year old toddler and we consistently tell him its OK to fail. Even if he is assembling a toy house and if it fails he gets pretty upset and even angry. At those times, we repeatedly tell him that it is a opportunity for him to think why it didn't work and also a chance to try the same thing differently.

And I've found the same "doctrine" work for me at my business too :)