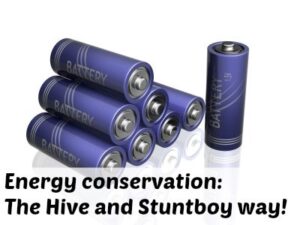 Last night my little boy refused to go to sleep…

However, on this occasion it didn’t.

As you can see, energy conservation is not a Stuntboy thing. I would like to invent some uber-app for the iPhone that enables me to use Bluetooth technology and WiFi to remove this energy so that a) he stops and sits down for a moment and b) I can steal it so that I don’t feel like pants anymore when I wake up in the morning.

Screenshot from the Hive app: allowing you to control water temp remotely

Perhaps I can get Hive to help me? They seem to have this energy conservation for the home thing a wee bit more sussed that Stuntboy – perhaps getting all the energy from Stuntboy would be just a small step. It remains a mystery to me to be honest. I can’t tire him out, no matter how hard I try!

Why do I think Hive can help?

Well, Hive Active Heating is a new monitoring and control system that allows you to adjust your house heating controls using your smartphone or internet browser. You can even turn it off, and adjust temperature remotely so there is no need to heat your house when there is no-one in it.

I know, that’s not the app I was looking for, but its a start, right?

For a initial cost of £199 including the engineer’s visit, that’s payback relatively soon. The control app even looks simple enough to manage; I think I could actually do it. Most importantly, you don’t need to change your energy supplier to use it either. Clearly, they have this app an energy thing sorted.

The system even has, as the temperature drops, automatic frost protection fail-safe built in, so that when you turn off the heating, you can help avoid frozen pipes; great if you are planning to go away for Christmas for example.

Perhaps I need to get them on the case with Stuntboy? Add his energy to Hive’s power and he might be unstoppable!

Have you checked out Hive – what do you think? Do you have another small boy/girl whom we can add to the energy conservation for the world? If you do, please let me know below…maybe we should all get together for the good of the world?!? 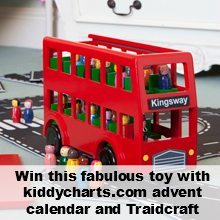 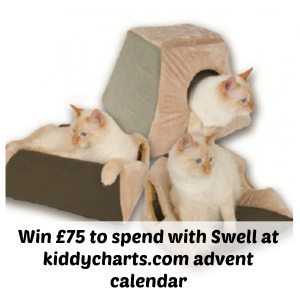