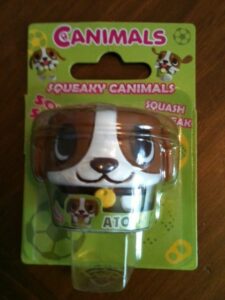 Now in its tenth year the mission has been to encourage us to recycle more.  As we all know, recycling is very important for the environment and we need to reduce, reuse and recycle!

To embrace re-cycle week that bit more, this year we have taken up the ‘Canimal Re-cycling Challenge’ to make some junk models for the little fellas with our stuff!

‘Cute, curious, mischievous, playful… CANIMALS explore and enjoy our world from their very unique point of view. CANIMALS are already here but you may not have seen them. Has somebody taken the chocolate chunks from your favorite cookies? How did your brother’s underwear get into your wardrobe Have no doubt – there are CANIMALS about….’

The Canimals (currently showing on CiTV) are all about turning something ordinary into something extra-ordinary.

Ato is the cutest little pup with a gentle nature and simple outlook. All Ato wants is for every can to be happy and all his efforts go into making sure they are! His challenge to us was to raid our re-cycling bin and build him…well, whatever we wanted!!

We tipped out the contents of our re-cycling bin and had a good old rummage, it was great fun to let our imaginations run wild, picking up our rubbish and seeing it with new eyes.

‘I can use sweetie wrappers for windows!’

Bean began to build Ato a new house, starting with a cereal box,  and then a kitchen-roll tube chimney and shiny sweet wrappers for the windows. Obviously there was a bit of supervision with the cutting and gluing, but then with a lick of paint it was soon a magnificent home fit for a dog! 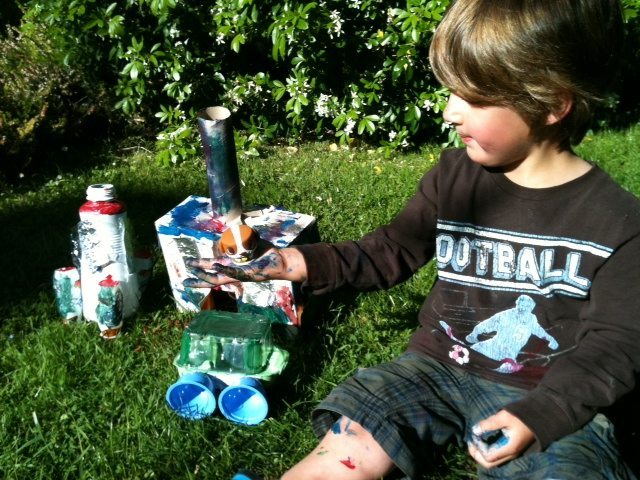 It was agreed that Ato would need a car to park outside his new pad. For this we took the lid off a cardboard egg carton for the chassis and rather cleverly we made the seats from the bit the eggs sit in – perfectly Ato sized! We found some small yogurt pots that looked good as wheels and a plastic fruit container fitted well on top as the roof! Job done. 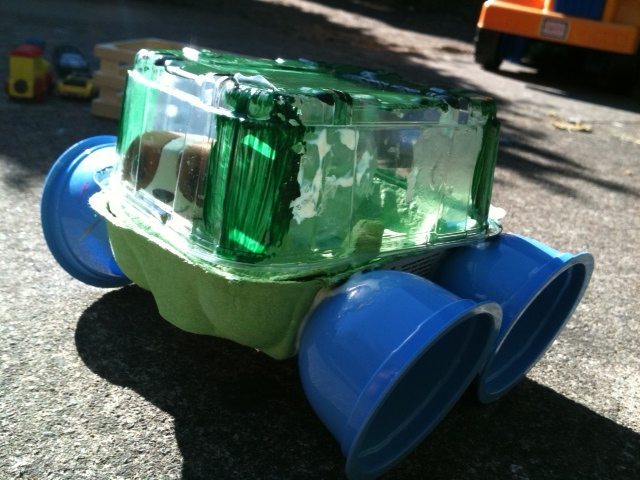 We found keeping it simple was key to save us from frustration and loss of concentration. Because of the ages of my boys I had to do a lot of the construction for them, but it was their choice and ideas guiding me. It only took a little encouragement and the odd suggestion for them to really get in to the swing of it and wanting to make more and more!

To finish with Roo decide that for the dog who has everything we needed to make…a rocket! He picked out a plastic milk bottle and covered it in silver foil wrappers, and stuck on three yogurt drink bottles as boosters. The rocket was painted as only a two year old can…and Ato took pride of place on top, enjoying several return trips to the moon that afternoon. 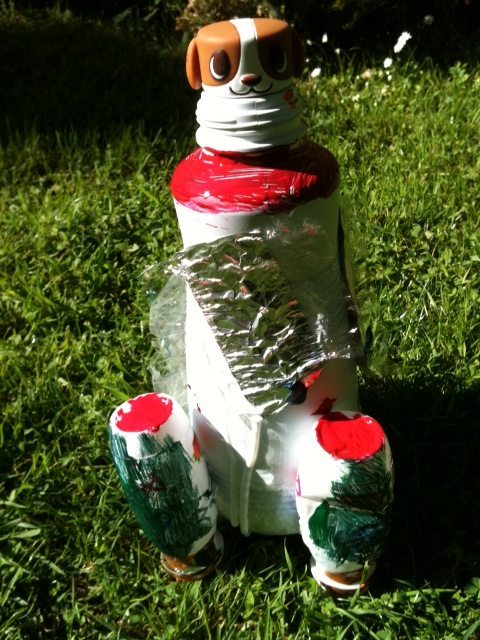 I had assumed that the boys would quickly lose interest in their home made toys, but they are still very proud of their creations and are still frequently wrapped up in their Canimal world!

And more to the point, the challenge did as intended – it has helped raise Beans awarness of re-cycling and prompted questions as to why we need to re-cycle.

Just goes to show if a four year old can understand the basics, there’s no reason why the rest of the population can’t follow suit – and have fun at the same time! 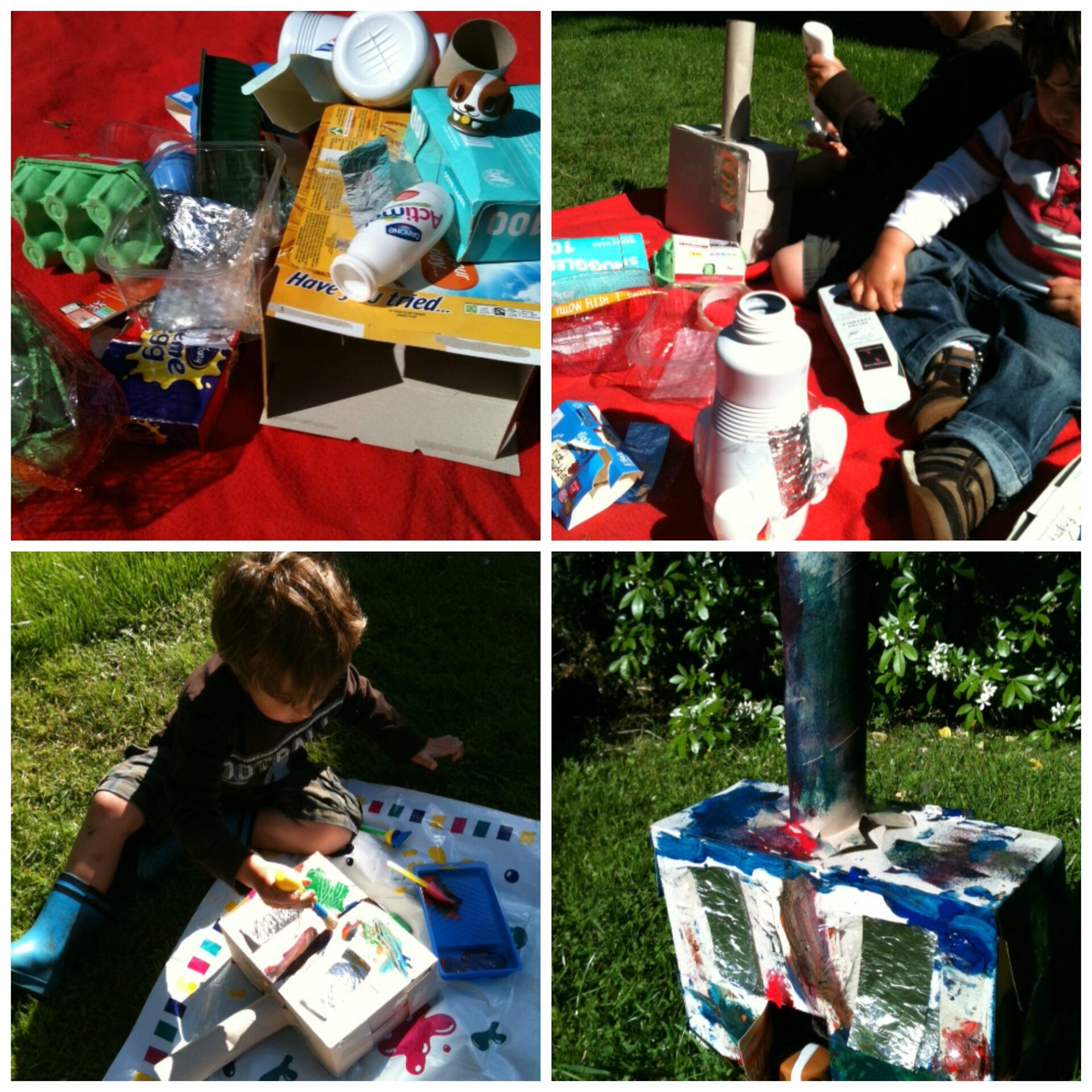 What are you doing with your recycling this week?!!? What other junk models should we have made for our little Canimal?

Ooo I love how you get the kids involved and talked about Ato's character! I'm terrible, I'm not good with children mess so I took over the whole thing lol. I did take my daughter's suggestions on board *cough* *splutter* Anyway, fab creations and you can tell they had plenty of fun! x